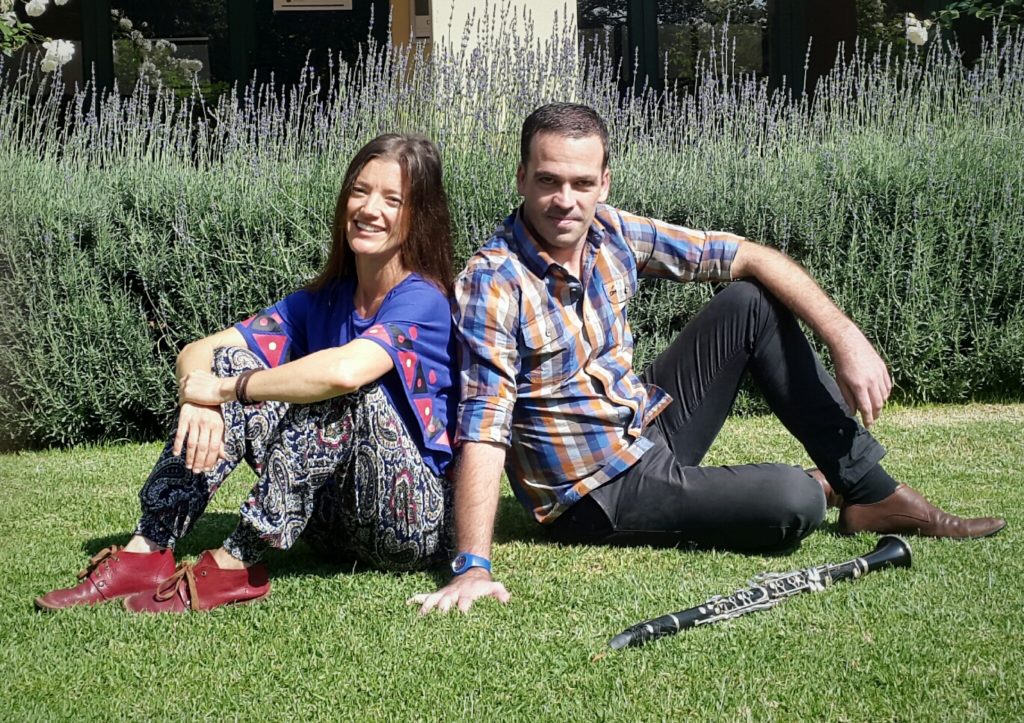 A pair of Joburg musicians were so inspired by hearing the Graeme College Senior Choir in action that they’re dedicating their own performance in Grahamstown (Makhanda) on 15 August to this lively and talented ensemble, raising funds for the group’s upcoming performance tour.

Morné van Heerden (clarinet) and Lara Kirsten (piano) will bring a programme inspired by dance to the NELM auditorium on Wednesday 15 August. They describe it as an eclectic mix of vibrant and lively music from Hungary, France, Spain, Argentina and Poland and their programme ranges from Debussy’s Valse Romantique to Astor Piazzolla’s virtuosic Histoire du Tango and contemporary South African composer Surendran Reddy’s Game 1 for Lila.

The duo have been playing together for 18 years – starting in their student days at the University of Pretoria. Over the years, they have performed at venues such as Lucit Candle Garden in Pretoria, the Johannesburg Performing Arts Library, the Odeion in Bloemfontein (for the ATKV Music competition, where Morné won first prize in the Wind Instrument category), the Sandton Theatre on the Square and the prestigious Hilton Arts Festival.

Jean-Frédérik, the host of the Kindlewood soirée series in Johannesburg describes this duo as “spontaneous, considered, meticulous, passionate, and personal”.

Duo Recital to raise funds for the Graeme College Choir

As an educator Morné has several diverse roles ranging from coaching clarinet students, and arranging for and directing orchestras at Kingsmead College in Johannesburg. In addition to this he presents workshops on performance-related topics, and works with up-and-coming young South African composers. Morné regularly performs at national music festivals such as the Klein Karoo National Arts Festival, Klein Karoo Klassique, Aardklop and the Wakkerstroom Music Festival. He often collaborates with the pianist and published poet Lara Kirsten, presenting a unique combination of music and performance poetry. Morné recently became an artist for Yamaha South Africa and the international reed and mouthpiece company Vandoren.

For the past five years Lara has been based in the Midlands of KwaZulu-Natal from where she travels with her concert tours. She also teaches piano from her home. From 2014-2017 Lara has been invited to serve as adjudicator for the Pietermaritzburg Eisteddfod of the South African Music Society of Music Teachers. Since 2007 Lara’s poetry has been published in the South African Literary Journal New Contrast. In 2008 she became part of the Eastern Cape poet-group,Ecca, who present readings and publish collectively each year.

In 2015 and 2016 poems by Lara have been selected to feature in the Sol Plaatje European Union Poetry Anthology. Lara’s poetry and creative projects can be viewed on her blog at http://laraafrika.blogspot.com/

HERE’S WHO’S INSPIRING MORNE AND LARA TO PERFORM IN GRAHAMSTOWN!