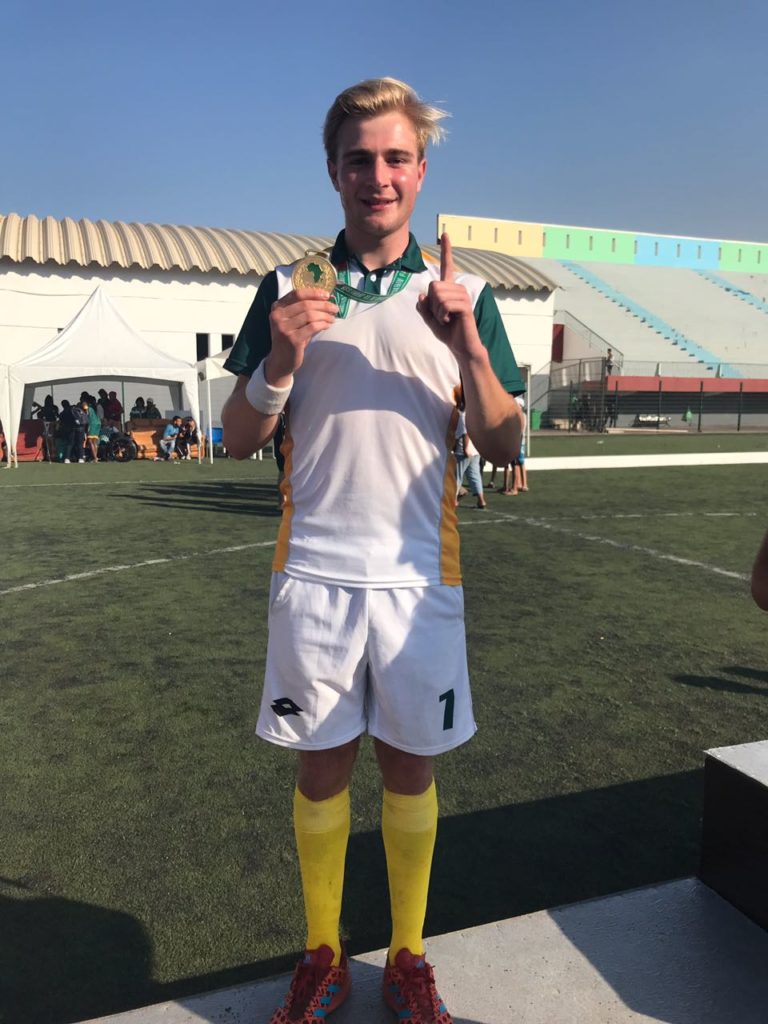 Peter Jarvis with his Gold medal at the U18 5-A-Side hockey tournament in Algeria. Photo: Supplied

St Andrew’s College head boy, Peter Jarvis, was part of the South African U18 5-a-side hockey team that won gold at the African Youth Games in Algiers, Algeria. The tournament was contested as a Hockey 5s tournament and is a qualifier for the Youth Olympics in Buenos Aires later this year.

Jarvis is one of three hockey players from the Eastern Province who made the SA U18 side. Also making the team were Cody Posthumus and Luke Wynford, both from Grey High School.

The SA side got their campaign off to winning start beating Namibia 5-0 in their opening pool game. They then beat Zimbabwe 6-0 and Algeria 9-0 to top their Pool Games. They had a bye in the quarter-finals and beat Nigeria 5-2 in the semi-finals, booking their place in the final. The SA U18 side went on to beat Zambia, by shootout, in the final to win Gold. The final took pave on Friday. At the end of the final, Jarvis was the top goal scorer at the tournament with 12 goals.

Before the 5-a-side tournament, Jarvis was part of the South Africa U18 hockey side that took part in a three-test series against Australia in Pietermaritzburg. The games were tightly-contested affairs, including a 3-3 draw, and a 4-4 draw, with Australia equalizing in the final moments of the first two games. Australia won the third match 6-3 to win the series. Jarvis was outstanding, scoring two goals in the first match, and one in the second. Jarvis then left with the SA U18 5-a-side team to take part in the African Youth Games.