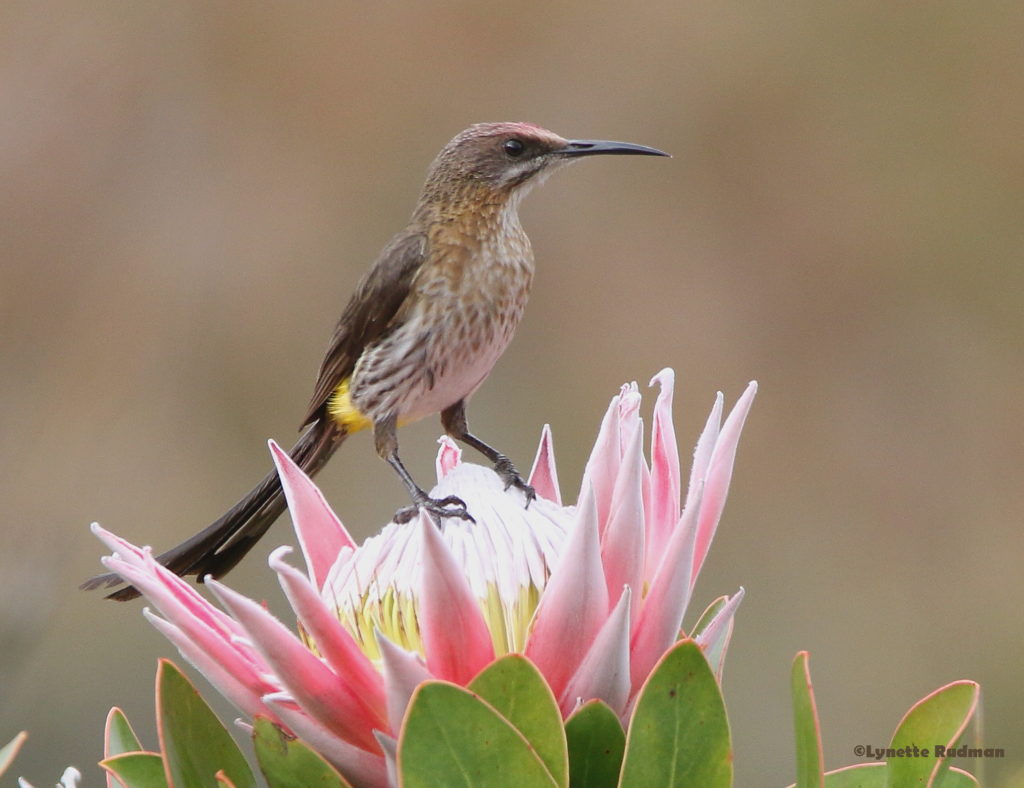 Following public outcry over rapidly disappearing Grahamstown (Makhanda) wildflowers, environmental law-enforcement unit, the Green Scorpions, have taken action. This comes after residents expressed concerns on social media regarding the picking and selling of proteas and arum lilies from Mountain Drive and the Highlands Road.

The picking and selling of wildflowers without a permit is illegal, and poses a severe threat to the environment. According to the Nature Conservation Ordinance 19 of 1974, no person may pick, possess, sell or purchase protected wildflowers without the appropriate permit.

A representative from the Green Scorpions stated that they have attended to the public’s concerns and given a warning to the local sellers. They strongly urge residents not to purchase any of the flowers without requesting the sellers to show their permits, as well as considering the environmental consequences.

The Green Scorpions will continue to follow-up on the issue.

Avid birder, Lynette Rudman, has grave concerns over the picking of the Proteas in relation to the well-being of theCape Sugarbird. The Cape Sugarbird is a nomadic species that visits Grahamstown (Makhanda) annually to feedon the nectar of the Proteas. The bird also uses the area as a breeding ground. With few Proteas left, Rothman has yet to see one of the birds this year.

Last week Rudman was birding on the Highlands Road when she saw a seller picking Proteas.

“She had two huge grain bags that she was about to fill. We told her to please stop and that it’s illegal. She was very apologetic, and left almost immediately.”

“We were horrified at how very few Protea buds were left.”, said Rudman. “They’re picking the buds at such at rate and not leaving any to open for these birds.”

Rudman added that bees, wasps and other insects also suffer from the lack of wild flowers.

Grocott’s Mail spoke to one of the sellers, Vuyisile Fanga, outside Peppergrove Mall. Under the stress of unemployment for more than 10 years, Fanga walks 12km each day from Extension 10 to pick his flowers near Waainek Prison and Mountain Drive. Fanga does not have a permit, nor knows that he needs one. He added that if a permit is required, the municipality should provide one.

Makana Parks Department was approached for comment but did not respond at the time of publication.

Grocott’s Mail will continue to report on this issue.