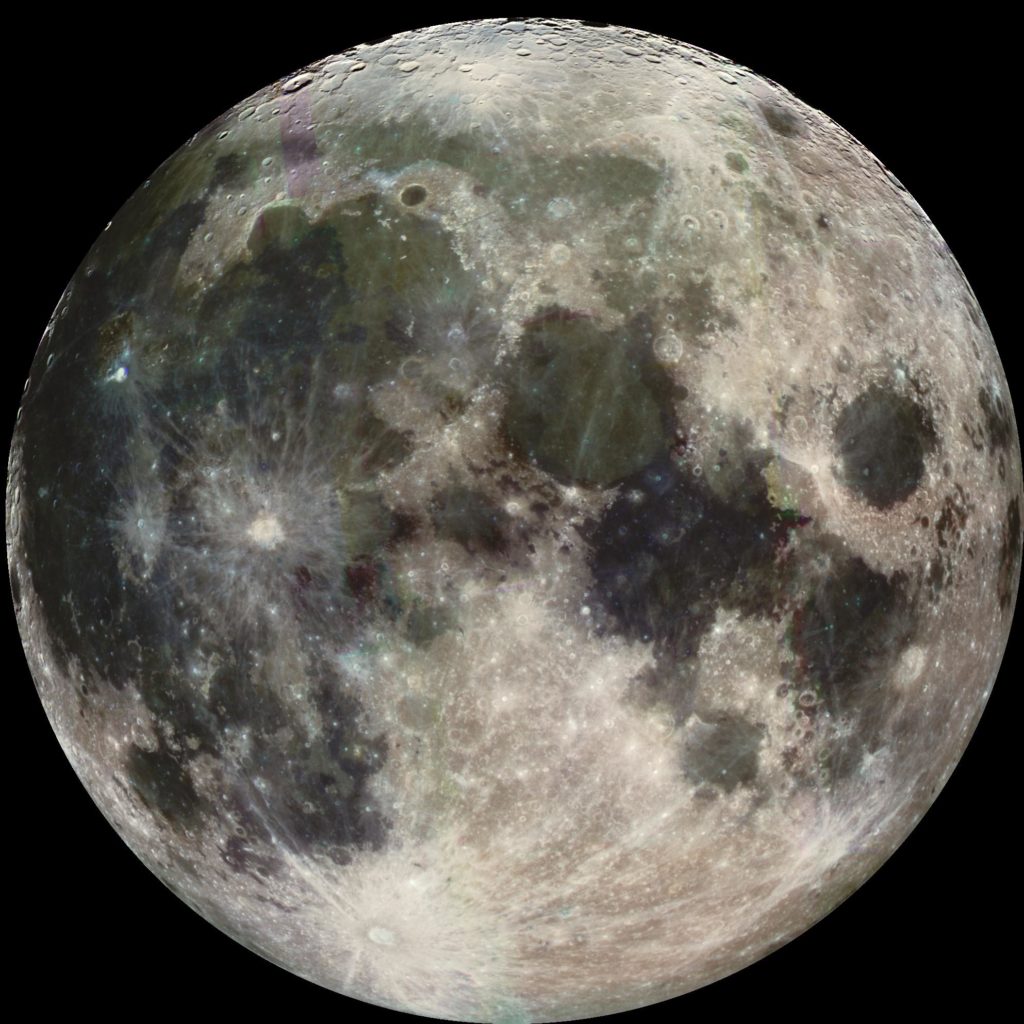 A photograph of the full moon, from photojournal.jpl.nasa.gov catalog. The Galileo spacecraft took these images on December 7, 1992 on its way to explore the Jupiter system in 1995-97. Don't miss the longest lunar eclipse of the century this Friday night! Photo: NASA

South Africans will be treated to a rare total eclipse of the moon on Friday night, and fortunately, skies over Makana are expected to be cloud-free during most of the eclipse.

The full moon will rise just after sunset in the evening and then at 7:13 pm, it will start moving into the partial (penumbral) shadow of the Earth. At first you may notice the moon dimming in the lower part of its disc as less sunlight is reflected off the eastern part of our closest celestial neighbour.

At 8.24pm the moon will appear to change shape as it starts moving into the full shadow (umbral) of our planet. The shadow will creep over the moon’s surface until 9:30 pm when it will be totally eclipsed. The shadow of the Earth will completely cover the face of the moon and it will remain covered until 11.13pm.

This means that if there happens to be clouds in your area at the beginning of the eclipse you will have just over two hours to wait for a clearing.

The eclipse will last for three hours and 55 minutes, making it the longest eclipse of this century.

Even though this type of event is known as a total eclipse, because the entire surface of the moon facing Earth will be covered, it will not be completely dark – in fact it will appear as a reddish circle. Sometimes people refer to the phenomenon as a ‘bloodmoon’ because of the red tinge.

The bloody circle is caused by the sun’s rays that bend through the Earth’s atmosphere as they move towards the moon. Our atmosphere, laden with dust and ash particles, affects red light more than blue light, hence the moon takes on a reddish hue.

Luckily, unlike a solar eclipse, you do not need any special eqipment to observe a lunar eclipse. You will see it perfectly well with the naked eye, but a pair of binoculars could make it more exciting.

If you are keen on taking photographs, it is advisable to use a telephoto lens and a tripod. If you do happen to take some special photos of this spectuaular event, please send them to Grocott’s Mail (editor@grocotts.co.za) so that we can publish them on our website.

For information on this, and other fascinating astronomical observation opportunities, visit the Astronomical Society of Southern africa web page at: http://assa.saao.ac.za/lunareclipse2018/

Previous ArticleIt’s the water…again-?!
Next Article They raped because they could