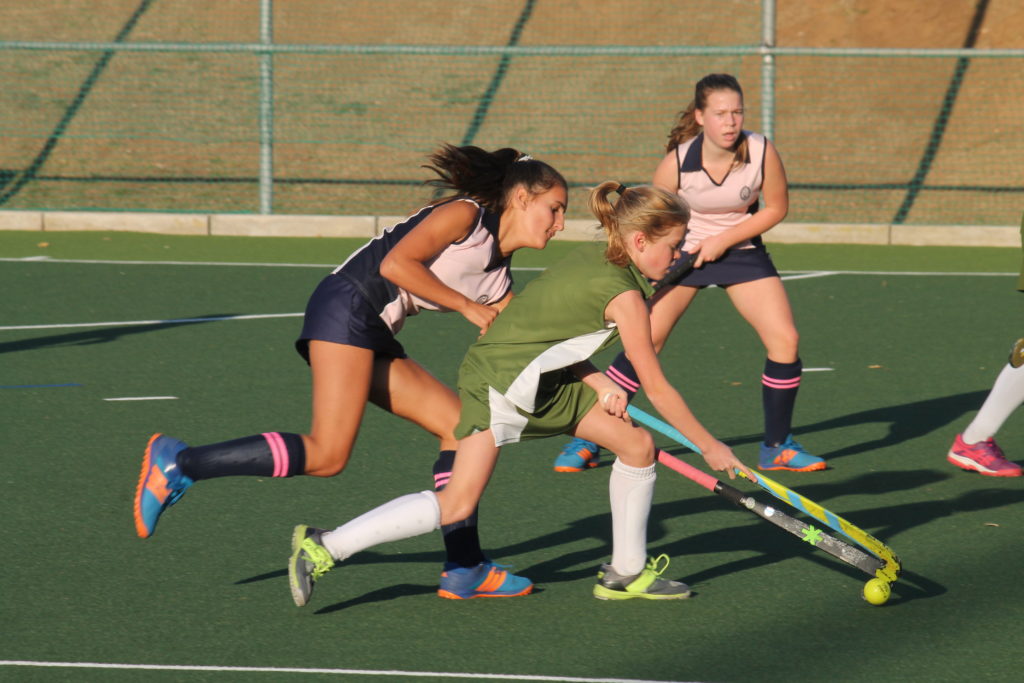 Diocesan School for Girls (DSG) hosted Herschel from Cape Town for U16 A and Second team hockey matches on Saturday 21 July against. Herschel would prove to be a tough challenge for the host side, as their reputation in the Western Cape was well known.

The visiting team has the number 1 ranked U16 A hockey team in South Africa. This was proved, as the DSG U16 A team lost 2-0 to a very strong side. The DSG Second team had a lot to prove in their main event match against the Herschel side.

Herschel overpowered their opponents from the start of the match. The visitors maintained ball possession and dominated both their attacking and defending half of the field. Through their efforts, Herschel went on to score the first goal of the match with just under 3 minutes left of the first half, which placed Herschel with a deserved 0-1 lead at half time.

DSG had to come back in the second half of the match, and they came out performing like a whole different team. The girls were communicating more and played with intense passion on the counter attack. The Herschel team were placed under a great amount of pressure as DSG had a lot challenges against the Herschel keeper in the last 20 minutes of the game. Kathryn Basson (2) and Megan Redfern (1) were the two goal scorers and came to the rescue for the DSG team. They went on to put DSG in the lead to a 3-1 victory.