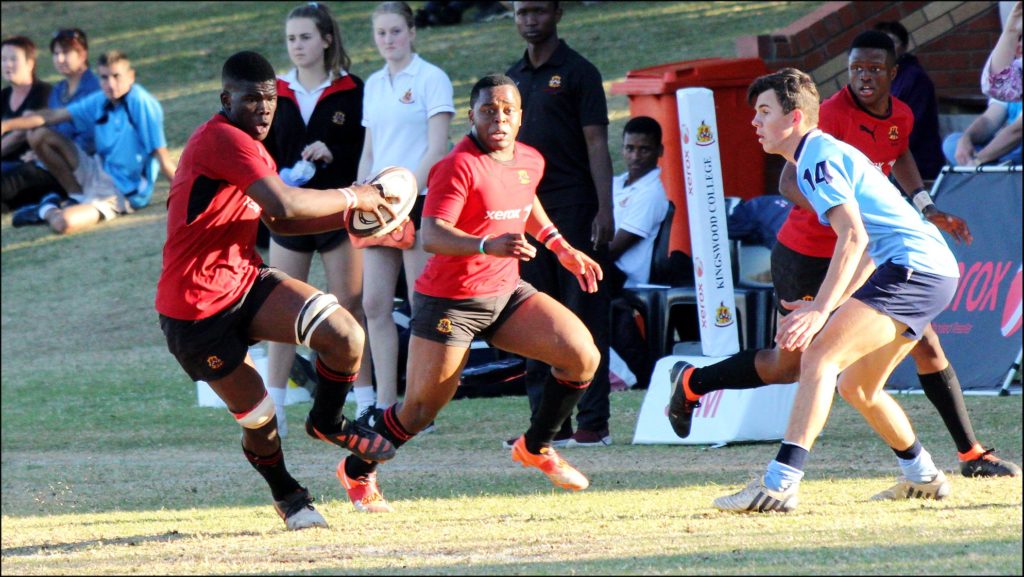 Loyd Dangazele and Sandiso Charles link up on the attack against Nico Malan. Photo: Supplied

Kingswood College welcomed Nico Malan to Grahamstown on Saturday 21 July for an intense day of rugby fixtures. After a great day of matches, which saw Kingswood coming out on top in all but two games, the First Team match was played at a tremendous pace in very warm conditions on City Lord’s.

Kingswood started the game in a very composed manner and were able to put a number of phases together. The continued pressure eventually resulted in Abo Klaas scoring under the poles and Jared Manus converting. This seemed to wake the boys from Nico Malan and they upped the tempo and started to control the game. However, the Kingswood defence held strong. Nico Malan continued putting on the pressure which resulted with the visitors being awarded a penalty which they converted.

Kingswood scored a second try soon afterwards and looked comfortable mid-way through the first half, however, Nico Malan started to apply pressure once again and controlled the possession for the majority of the second quarter. Kingswood managed to make it to half time in control of the scoreboard.

The second half continued where the first half ended, with Kingswood looking more and more comfortable and managed to score three more tries. Nico Malan managed to stay in touch with a try of their own and the game seemed done and dusted with Kingswood leading 33 – 10 with seven minutes to go.

Nico Malan showed great fight in the last few minutes scoring two late converted tries, but it was too little too late for the boys from Humansdorp with the game ending 33-24 to Kingswood.