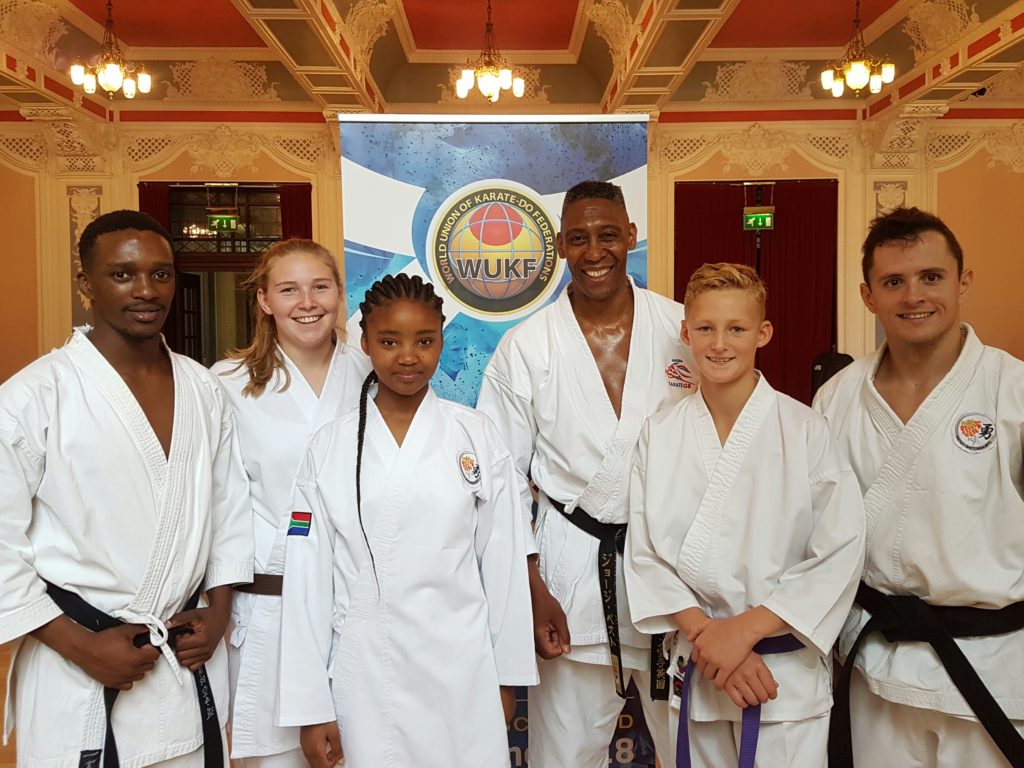 It is estimated that between three to four hundred athletes of all ages and belt levels will converge at the Fish River Resort to contest the Championship. Not only will the Eastern Cape be well-represented, but athletes are also expected from the Western Cape, Garden Route and Gauteng. At least twenty-five dojos representing the karate styles of Shotokan, Goju-Ryu and Shorin-Ryu will contest the Championship.

Dojos will also be competing for the coveted overall first place trophy of a Japanese Katana Sword. Early favourites for the title include hosts, East Cape Shotokan-Ryu, Joza Karate Club (Grahamstown) and King Karate Club (King William’s Town). The winners in the men’s and ladies elite kata (forms) and kumite (fighting) categories will also be presented with a Japanese Katana Sword trophy.

Athletes of all ages will contest both individual kata (forms) and kumite (fighting) in categories catering for novice, intermediate and elite levels. A number of South African athletes who have recently returned from the WUKF World Championship which was held in Dundee, Scotland have confirmed their participation at the Championship. Lutho Singata (Rhodes University Shotokan Karate Club) who became the first South African to compete in three finals, and win a bronze medal in a senior men’s kumite category at the WUKF World Championship will compete in both the elite senior men’s kata and kumite categories. As a further incentive for elite athletes, the Championship will also be used as trials to select a United Shotokan-Ryu team to compete at the 2019 WUKF World Championship which will take place in Bratislava, Slovenia.

The Fish River Resort will provide a unique, luxurious and atmospheric setting for the Championship on the scenic Sunshine Coast of the Eastern Cape. The Championship venue will comprise six competition arenas, each enhanced by overhead lighting, computerised scoring systems and comfortable ring-side seating for spectators. In addition, the championship experience will provide the opportunity for participants, officials, families and supporters of karate to enjoy an unforgettable break at the Fish River Resort.

The venue opens its doors to the public at 07:15 with the first categories commencing at 8:30am. The Championship is expected to conclude by late afternoon. The entry fee for spectators is R40 for adults and R20 for children and scholars.

According to organiser, Gary Grapentin, it is envisaged that as from 2019 the SCKO Karate Championship will evolve into an annual series of three championship events staged at unique venues along the Sunshine Coast.