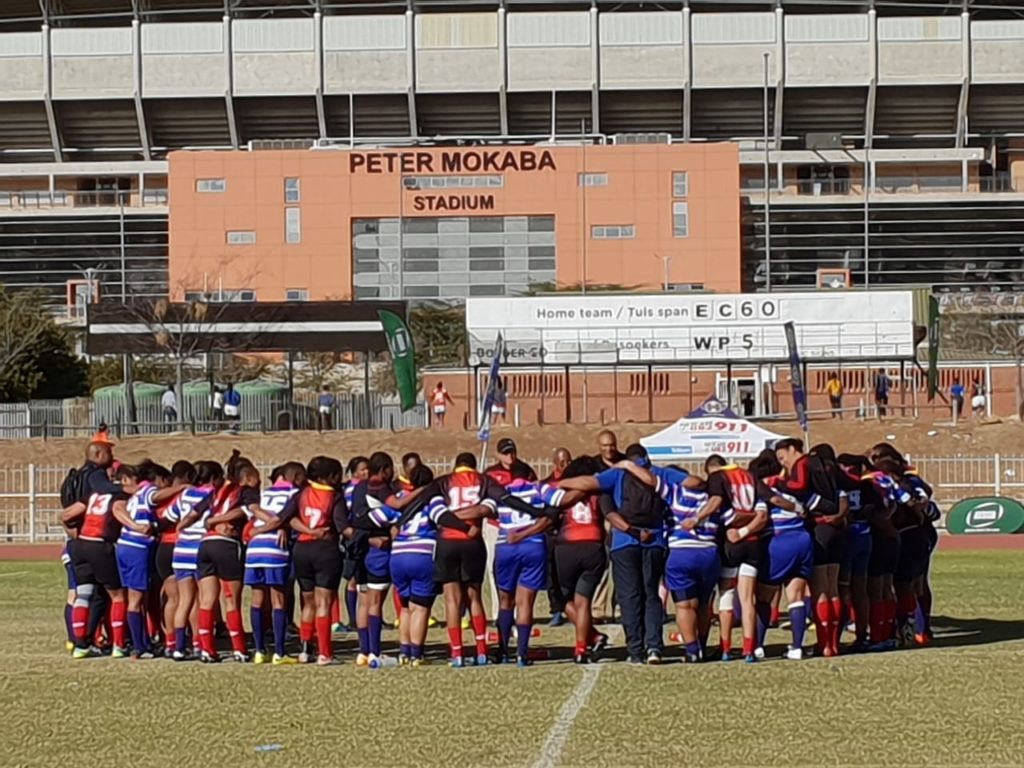 The Eastern Cape SAPS Ladies team huddle up with their opposition at the Peter Mokaba Stadium on Saturday 7 July. Photo: Supplied

After traveling up to Limpopo, the ladies’ first task was to get past an enthusiastic Northern Cape side who were excited to make their mark on the tournament. The EC ladies fought hard and, with their defence standing tall and their attacking play on point, secured their first victory of the tournament, winning 48-0. Being the defending champions of the tournament, the opening victory gave the team confidence going forward as they progressed into the semi-finals.

As semi-finalists, the EC Ladies then took on Gauteng for a spot in the final and a chance to retain their title. Their play was excellent and they cruised to a 31-12 over Gauteng to book themselves a place in the decider.

Eastern Cape’s resilience was a standout in their tournament, and it was a mixture of individual brilliance and fantastic team play that enabled them to progress to the final, where they were set to play a decent Western Cape ladies’ side.

Having achieved good results so far, the ladies certainly didn’t take their foot off the gas and were merciless as they brushed aside their counterparts 60-5 to rightfully retain their National Championships crown for 2018. Everyone, players, directors, workers and all affiliated with the team were delighted with their ladies’ success in the tournament.

Nine of the ladies who were all SAPS workers, whether officers or clerks, all participated and were selected to represent the National Ladies’ side.

The men’s’ team, as they did last year, finished as runners-up after losing out in the final.