Who is your hometown hero? 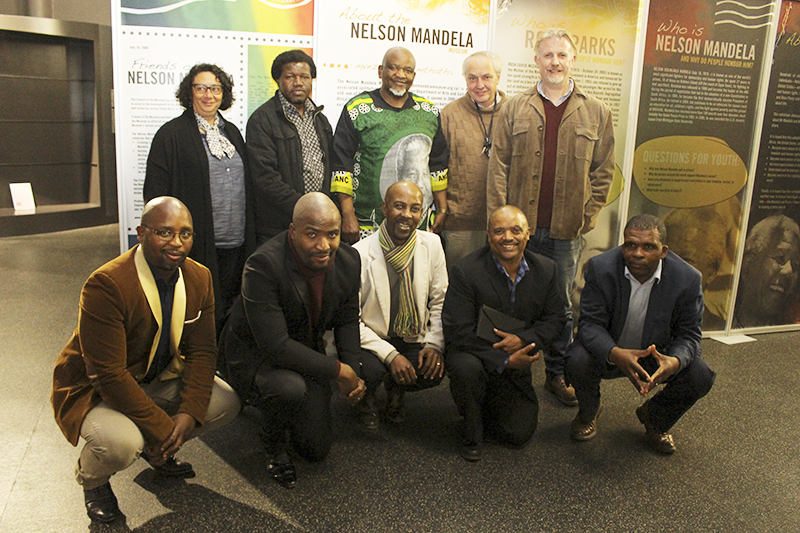 The travelling exhibition Dear Mr Mandela, Dear Mrs Parkes, inspired by hundreds of letters from children around the world, has made its way to the National English Literary Museum in Grahamstown. Grocott’s Mail has partnered with NELM and Rhodes University Community Engagement in the lead-up to the latter’s Trading Live project to honour Nelson Mandela’s legacy and spirit. NELM has invited Grahamstown residents of any age (not only children!) to be part of the global project and write their own letter about someone who is an inspiration to them.

The Dear Mr Mandela, Dear Mrs Parkes exhibition was launched at NELM on 22 June, with officials from the Nelson Mandela Museum in Mthatha, the exhibitions base, along with local VIPSs as special guests.

Makana Councillor Ramie Xonxa spoke about the importance of NELM to Makana Municipality and the communities within its jurisdiction. “It means the knowledge that we record here will never be lost,” Xonxa said. He said Makana had started a campaign of legacy Fridays, when councillors and officials would wear clothing carrying Mandela’s image.

“The importance of art to the current dispensation is that when all other avenues of protest were closed under emergency legislation, art remained the voice of the voiceless,” Xonxa said. He recalled Miriam Makeba’s role in telling the world that people were still oppressed in South Africa, and Brenda Fassie’s prophetic lyrics about ‘the black president”.

He spoke of the role of both the arts and sport in the struggle for freedom and how the cultural and sporting boycotts put pressure on apartheid South Africa through isolating it. “It was a very important weapon. That was when the apartheid government acknowledged the strength of non-racialism in South Africa.”

Mandela was given the Freedom of the City in Grahamstown – “This is why it gives us pride to be op.

“He was a man who stood for the rights of the communities. He stood for every citizen in the country, irrespective of race, and preached peace for the rest of his life.

Local cultural activist Sizwe Mda read a letter in tribute to his mother, Princess Zila. Mda’s ambitions for Grahamstown include a 35m-high cross on Ntaba yeZono (Makana’s Kop) and a museum to showcase the history of the Lobengula family, to which he traces back his own ancestry.

According to the Nelson Mandela Museum’s website, the exhibition was developed when the Michigan State University Museum and the Nelson Mandela Museum were awarded one of the first four grants from a new programme of the American Association of Museums, Washington, DC, and the US Department of State Bureau of Educational and Cultural Affairs. It was designed to strengthen connections between people in the US and abroad through museum-based exchanges.

“The inspiration for Dear Mr Mandela…Dear Mrs Parks: Children’s Letters, Global Lessons came from the hundreds of children around the world who wrote letters to Nelson Mandela and the late Rosa Parks, both internationally renowned for their work in human rights,” the Museum explains. “The letters reveal why children revere Mandela and Parks and also highlight young people’s desires for guidance and understanding about life.”

In Grahamstown, the exhibition is also part of Youth Month and the oncoming Litfest within the National Arts Festival.

An important principle of the exhibition is that many family and community members are also worthy of being acknowledged for the leadership and support they provide.

NELM’s Manager of Education and Public Programmes Zongezile Matshoba said: “NELM therefore extends the invitation to all of you to think of someone who has made a difference in your life and the lives of your community, and write a letter to honour and thank him or her.”

HOW CAN YOU TAKE PART?

NELM will continue to accept these letters for the duration of the exhibition, but after midday on Wednesday 11 July, they will not be eligible for consideration for a prize.