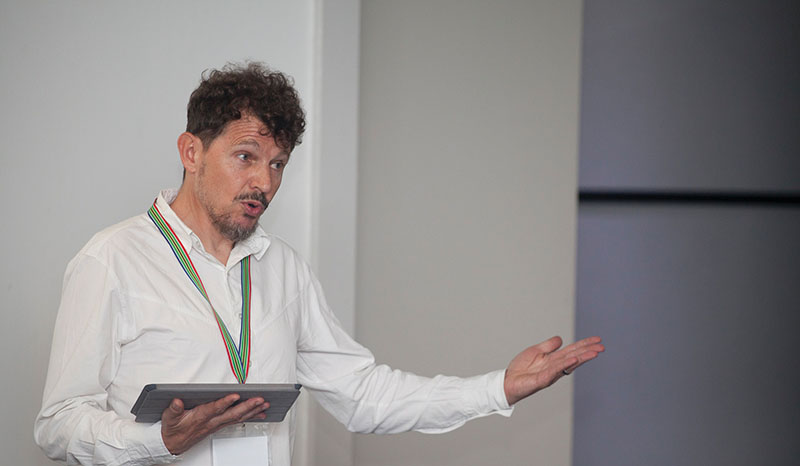 Professor Pedro Tabensky, Director of the Allan Gray Centre for Leadership Ethics (AGCLE) at Rhodes University, has developed a learning module for the United Nations Office on Drugs and Crime (UNODC) under its Education for Justice (E4J) initiative.

The module forms part of the E4J University Module Series on Integrity and Ethics, and is accompanied by a teaching guide with pedagogical guidance. In response to the Doha Declaration, which aims to reduce corruption globally, the Series is aimed at helping university lecturers, who have little or no ethics training, to make ethics an integral part of classroom teaching.

“One of the programmes we have at the AGCLE addresses ethical matters using, among other things, social psychology and behavioural economics,” explained Prof Tabensky. “The UN became interested in what we do, and invited me to design a module.”

He believes that most ethics programmes aimed at changing behaviour typically use the wrong approach. “Many still think about teaching in traditional terms, which is to give learners conceptual resources with which to reflect on how to be more ethical. This doesn’t work. Merely having an intellectual grasp of what to do doesn’t guarantee that behaviour will be consistent with commitments. It is naïve to think, for instance, that corrupt accountants cook the books because they lack the conceptual resources for understanding that what they are doing is wrong. Similarly, it is a mistake to think that this sort of understanding is what is typically lacking in the minds of genocide perpetrators.”

The aim of the AGCLE programme is to design and implement a pedagogical intervention that not only invites people to reflect on ethical matters, but to create the conditions for people to become more ethical. “To set them on a path, so to speak, to becoming more ethical,” Prof Tabensky explained.

Last month, Prof Tabensky, along with other module developers, was invited to Sounio in Greece where the team worked to finalise and approve some of the modules for publication.

Prof Tabensky was also invited to the University of Denver, Colorado, for a series of lectures and workshops over four days, where he presented the module material, explained the underlying approach, and gave attendees a sense of what the AGCLE programme is about.

“Denver is interested in transformative education, and the university is thinking of using the module that I developed for the UN as a kind of first attempt to incorporate what AGCLE does into their own curriculum,” Prof Tabensky said. “They very much like the idea of incorporating ethics into their programmes in a way that leads to changes in patterns of behaviour.”