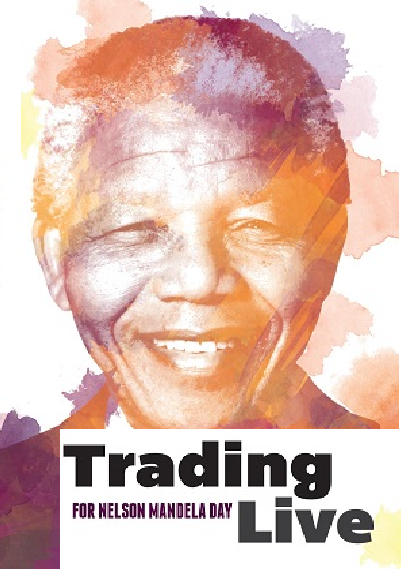 Trading Live is a Rhodes-led initiative with a week of activities that pair a range of different actors and organisations in the town through the sharing of time, skills and other assets to honour the legacy of Nelson Mandela and build the Grahamstown community. Recognising the value of such an initiative in building of social cohesion, the Nelson Mandela Foundation has approached the RUCE Office to produce a guide that will enable other universities to run similar programmes across the country.

Since Mandela Day – 18 July – often falls within the University vacation period, it was decided in 2012 that students and staff of the University should be given another opportunity to contribute 67 minutes of social action. After an initial period of largely individualised efforts that involved Grahamstown West “doing things” for Grahamstown East, the Rhodes Community Engagement Office (RUCE) decided to take an asset-based approach and conceptualised the notion of different groups, both within the University and outside, offering and requesting contributions from each other.

Trading Live was born, and now annually takes place in the week following Mandela Day. It underscores the principle that everyone has something to offer and can be empowered through being a giver or contributor as well as a receiver.

The initiative has grown markedly in the last couple of years, and well over a hundred “matches” were made last year. These range from cooking skills demonstrations to motivational talks, from choir performances to workshops on self-defence and indigenous herbs. Some demand physical action, others do not. But most certainly it means a large number of people getting out and about and doing things they might not usually do, meeting people they might not otherwise encounter, and building relationships across town.

While Rhodes is probably the biggest player in terms of trades, many other groupings get involved,including local schools, businesses, NGOs, ECD centres and this year – for the first time – local government departments. Positive social transformation requires a joint effort and it requires the building of bridges that will enable people to share experiences, skills and assets.

A partnership has been formed with the Rhodes School of Journalism & Media Studies which sees students from the different disciplines (Radio, TV, Writing & Editing, Photography) supporting the process through the production of various forms of media. The Writing & Editing students produce a supplement for Grocott’s Mail detailing all the different activities during Trading Live Week, while the TV and Photography students produce visual media that are showcased at a special event in September. Radio students arrange coverage of the event on RMR and Radio Grahamstown. The University sponsors some of the transport required to make the “trades” happen, and the RUCE staff work hard to facilitate as many events as possible