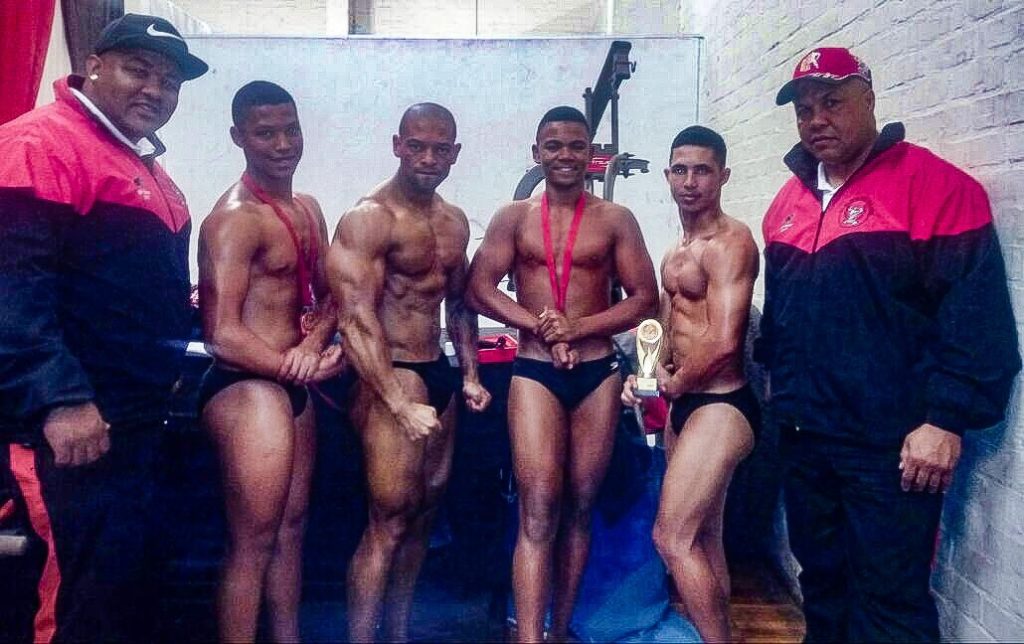 The Makana Bodybuilding team travelled to Port Elizabeth on Sunday 17 June in order to participate in the Eastern Province Developmental competition. The Makana Bodybuilders were represented in the U17, U19 and Welterweight divisions throughout the day.

Orren Jacobs brought the Welterweight title back to Grahamstown, as well as winning the Eastern Province Novice Overall title. Navan Daniels was also rewarded for his hard work, taking second place in the U19 division. Both Jacobs and Daniels will travel to Kimberley on 27 July to participate in the South African Developmental competition. They will be joined by Roy Francis, Makana team coach, and Gareth Burger, Makana team manager. Francis and Burger will travel as EP coach and EP manager respectively.

Breyton Daniels and Nathan Walton also represented the Makana Bodybuilders in Port Elizabeth on Sunday. Walton came home in sixth place in the U17 division, while Daniels came just one place behind him in seventh.

All of the competitors have worked extremely hard to achieve what they have, and will continue to strive for perfection on the Bodybuilding stage.

Previous ArticleI caught the painters!
Next Article Mayor urges residents to clean up their act