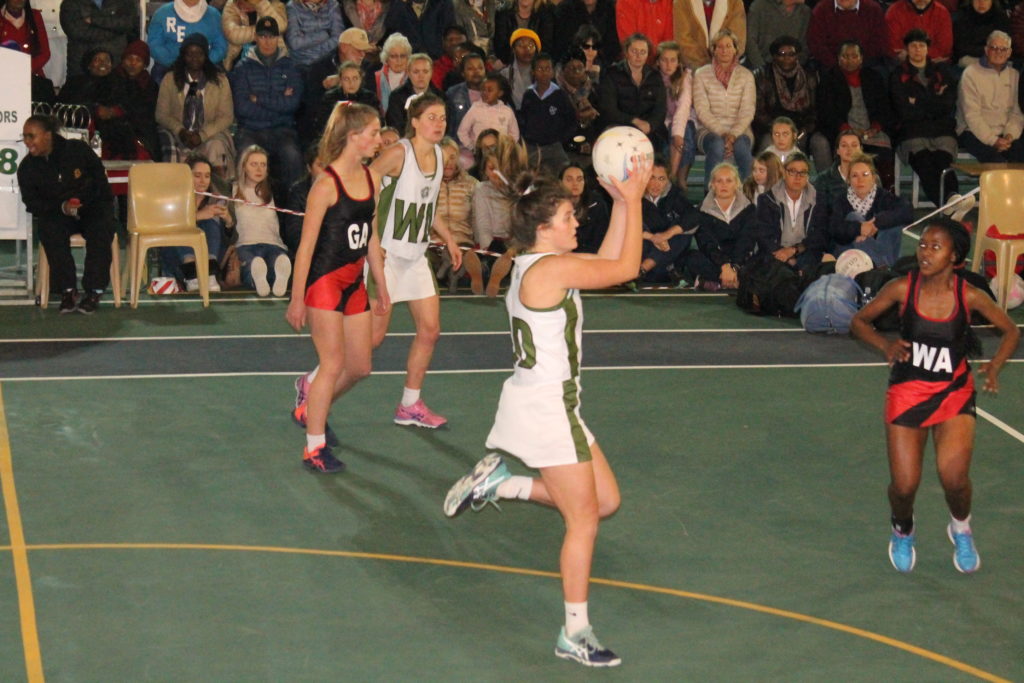 Josie Hickey of DSG, during the K-Day 1st netball match between DSG and Kingswood at DSG courts in Grahamstown, Saturday 16 June. Photo: Supplied

On Friday, 15 June, the annual K-Day festivities continued, with Diocesan School for Girls and Kingswood College girls from all age groups coming together to do battle on the netball courts. From early the morning until late afternoon, the day promised to be a very cold one but the various warm coffee and food stalls around the netball courts seemed to help withstand the icy weather conditions. Spectators gathered at DSG Court 1 to watch the two main events of the day which were the Second and First team match-ups.

Throughout the day, both schools were supported by parents, teachers, coaches, fellow peers as well as the town at large. The spectator numbers grew larger, until eventually, the main court was filled both inside and outside for the main games. DSG came out on top in most of the junior netball games, beating Kingswood in 16 matches, drawing 6 and losing only 4 out of the 26 junior games. However, Kingswood dominated the senior matches, winning 3 matches and losing only 1 out of the 4 games.

The Kingswood First team ran out deserved victors against DSG, with 32 points to 23. The Kingswood Second team had already beaten DSG 15-6, while their Third team were the only defeat for Kingswood Seniors, losing 8-10 to DSG. The Kingswood girls fourth team won a very close encounter, ending up 5-3 to the good against DSG.

After tough rivalries on the netball courts and the support amongst the spectators and coaches, the day came to an end. Both schools would meet again the next morning, only this time on the hockey field.