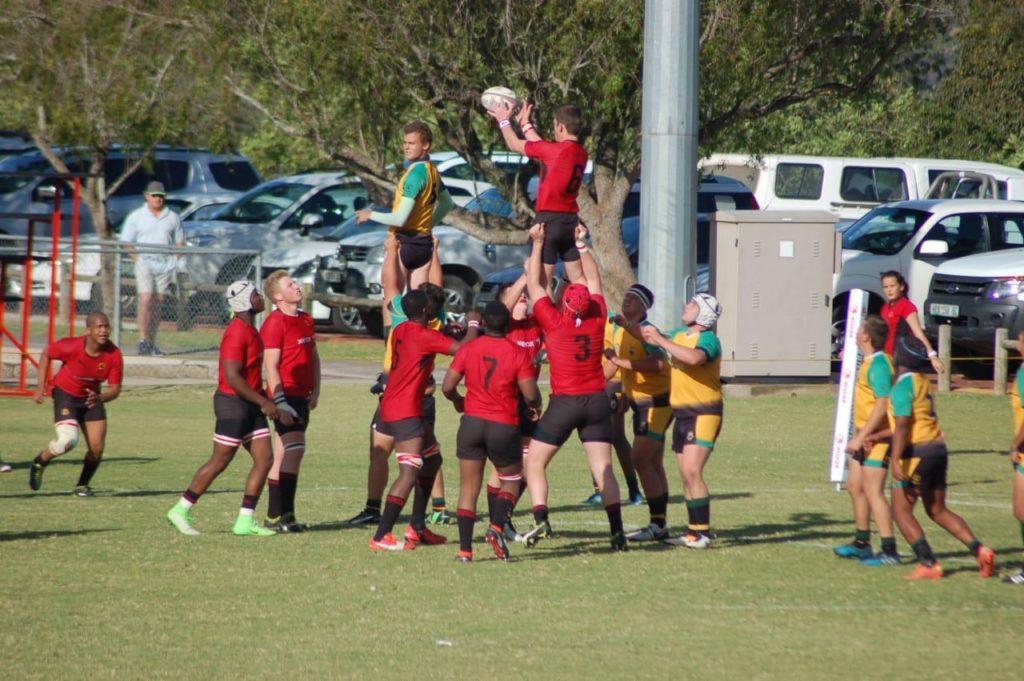 Kingswood's forwards securing a lineout for their side in Kingswood's massive victory over Grens. Photo: Supplied

Kingswood College First Team Rugby hosted Höerskool Grens from East London on Saturday. The two schools have had mixed results this season, however, the scene was set on City Lords for an exciting encounter.

Grens started very well and dominated the opening phases and found themselves deep in the Kingswood half. A strong set piece and solid running by the Grens backline allowed them to get over for the first try, which went unconverted. The early points by Grens woke the Kingswood boys up and they started to get a bit more ball and managed to play some rugby in the opposition half. Some strong ball carrying and slick handling allowed Kingswood to take control of the game and score three first half tries.

With the score at 21-5 to Kingswood at the break, Grens were still in the game, however, it was Kingswood who stepped up the tempo in the second have and scored some wonderful team tries. Kingswood ended up scoring seven second half tries, converting five, leaving Grens reeling at the end of a 66-5 defeat.