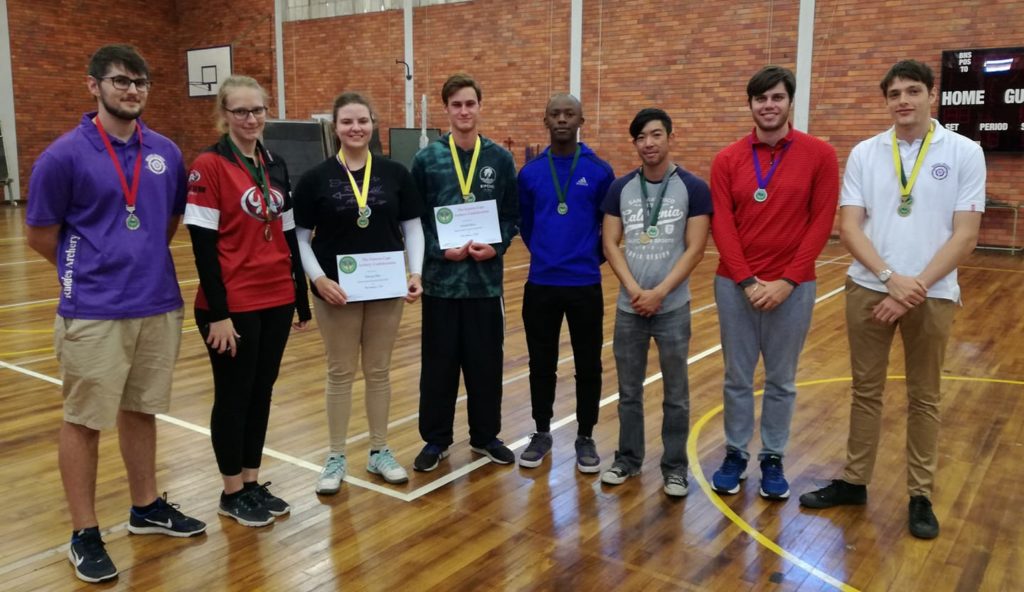 The Rhodes University Archery Club hosted the 2018 Eastern Cape Provincial Target Archery Indoor Championships over the weekend of 26 and 27 May. The tournament was well supported with archers travelling from as far as Cape Town and Pretoria, as well as Port Elizabeth, Tarkastad and East London. This was the first in a series of four indoor tournaments that will be hosted by Rhodes Archery.

It was encouraging to see so many young archers taking part in the tournament, especially development archers from Orange Grove School in Tarkastad. They had their own series of pre-selection tournaments, with 8 archers from the school qualifying to take part in the Provincial Championships.