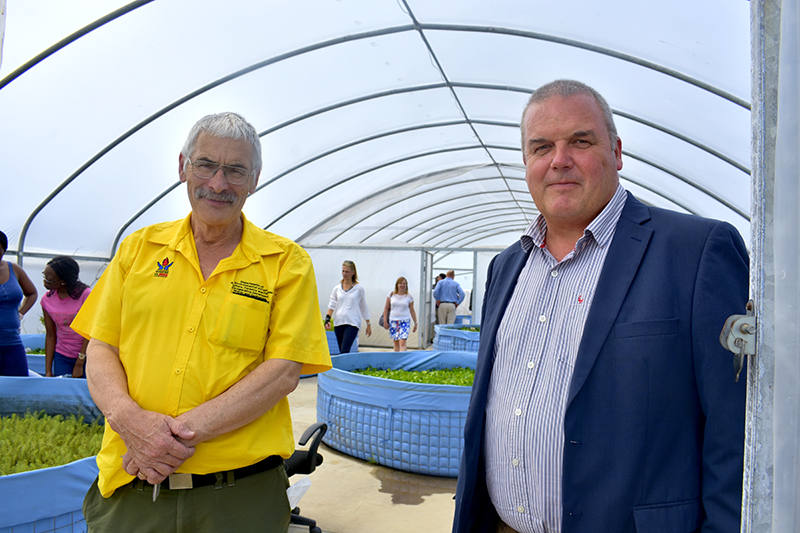 The newly-established Centre for Biological Control (CBC) at Rhodes University has been awarded a R68m contract by the Department of Environment Affairs (DEA), one of the largest partnerships the University has secured to date.

The research focus of the Centre is the sustainable control of invasive alien plants through biological control using insects. The Centre is involved in the development of these agents in its Department of Agriculture, Forestry and Fisheries (DAFF) approved quarantine facility, and the mass-rearing and implementation of the insects once they have been cleared for release.

“This is by far one of the largest contracts Rhodes University has received, and the biggest one ever awarded to the Science Faculty,” said Deputy Vice-Chancellor of Research and Development at Rhodes University, Dr Peter Clayton.

The contract comes as a result of the University’s favourable history with the DEA and the high quality and standard of work produced by the CBC in the areas of research, teaching and public engagement. This is the fourth contract the University has secured with the DEA, which indicates confidence, trust, and a sustainable relationship with the DEA going forward.

“The money is being used for the research and implementation of biological control for 54 weed species in South Africa,” said Professor Martin Hill, Director of the CBC and Head of Entomology at Rhodes University.

He explained how invasive alien plant species can have a drastically negative economic impact on land users, and adverse effects on the country’s natural resources.

“Most of the invader plant species spread exponentially when there are no biological control interventions in place,” Hill said. “Some of the plants we are targeting include invasive cacti species, which affect the drier regions in South Africa, water weeds, which affect most of the bodies of water in the country, and highland weeds, which affect our high-lying regions.”

Rhodes University was chosen to lead the project because of its CBC, which is considered the centre of excellence for biological control research in South Africa. All of the consortium members are experienced in biological weed control, with some 280 years of collective experience among the senior researchers.

The project aims to employ some 42 staff, from research officers to technicians, on fixed three-year contracts at the various institutions. As part of Rhodes University’s community engagement initiatives, one of the focus areas for recruitment is people living with disabilities. Furthermore, a fair portion of the contract capital has been allocated to funding postgraduate bursaries for previously-disadvantaged individuals from the Eastern Cape.

“Invasive plant species present a much bigger problem than people realise. With this project, we hope to spread not only our biological control agents, but awareness to all people in South Africa about the devastating effects the propagation of these non-indigenous plants has on the ecosystem and biodiversity of our country,” said Hill.