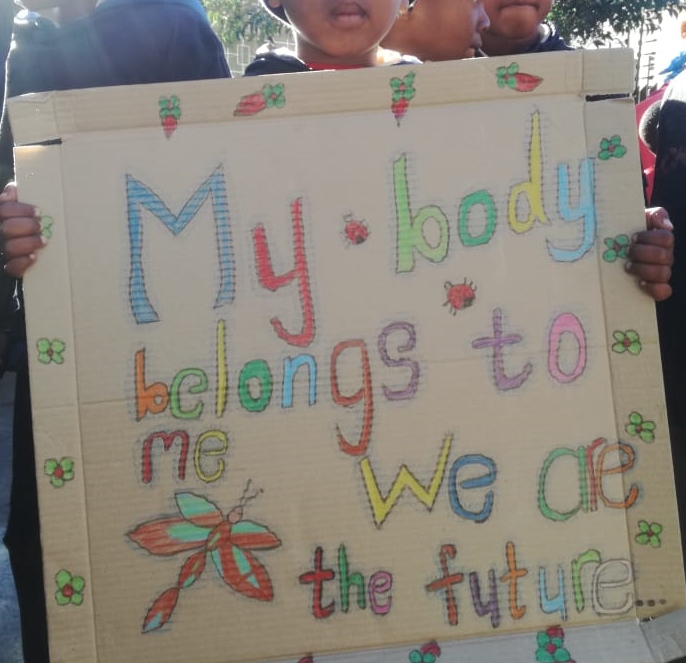 A child holds up a placard during a CHild Protection Week march on 1 June 2018. Photo: Alexandra Botha

“We are here to create awareness, especially in this area, where child neglect is so common,” said Tarryn Daniels, a student social worker. Daniels said many parents, children and members of the community do not have a firm grasp of what child abuse is.

Holding posters and singing “my body belongs to me, from my head to my toes”, the party, led by Traffic Control, marched to the Oval Sports Field. A few members of the community joined in.

Leading the march, the Lebone Centre staff addressed the children on child abuse. Cherise Sickle, an early childhood development coordinator, said the staff identified and explained common forms of abuse to the children.

The children said they do not feel safe in the community. “We hope we can act as a safe space where they can report abuse,” said Sickle.

Audrey Swartbooi, a Lebone pupil’s mother, said she was reassured of her child’s safety when he was at the Centre. “It is not safe to let our children outside. I hope this march will help open people’s eyes and my child can be safe.”

Previous ArticleMean Girls: More than a movie
Next Article DSG comeback to draw against Clarendon