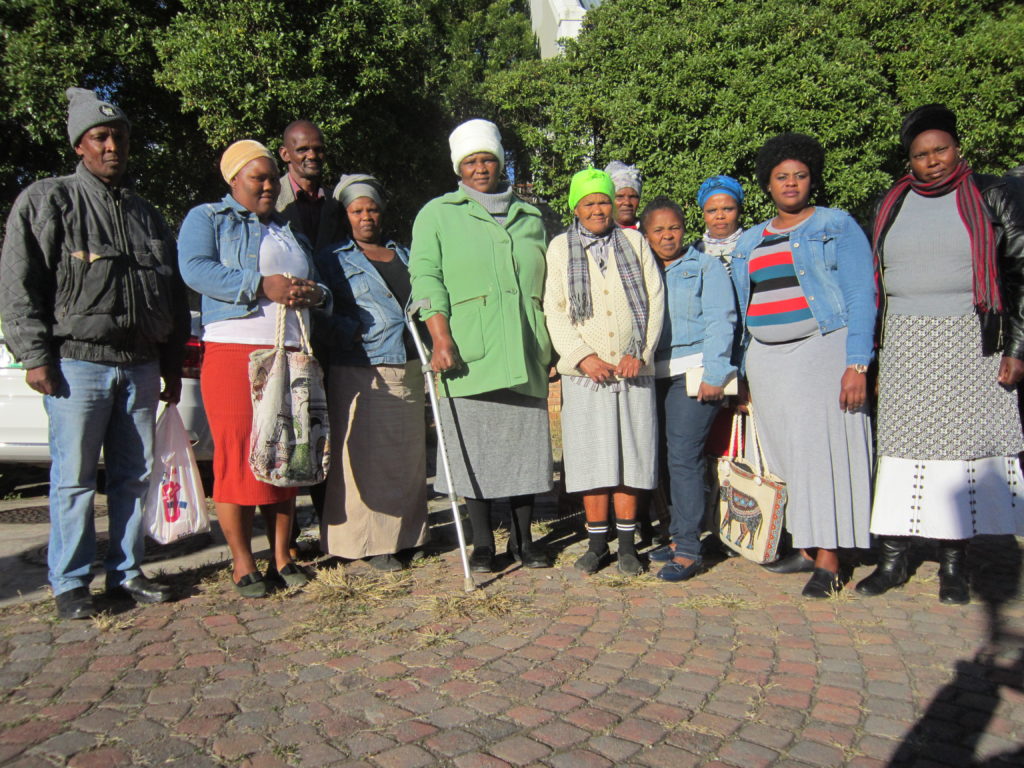 Nine families from Reebeck East visited the Department of Education’s Grahamstown office in desperation last week, because their children have no reliable transport to attend school in Grahamstown. The parents have been paying out of their own pockets for their children to attend Nathaniel Nyaluza High School since January. They were accompanied by SGB members from Nathaniel Nyaluza – Thembinkosi ‘Teabag’ Mdyogolo (chairperson ) and Zwelinzima Somyali (deputy secretary).

In his Budget speech on 6 April 2016, Eastern Cape Education MEC Mandla Makapula announced his department would be moving to rationalise small and unviable schools. He said the objective was to reduce the total number of small schools and therefore increase the average enrolment at the remaining schools to more efficient and sustainable levels.

Riebeeck East Combined School was one of those affected.

The parents, who are forking our R300 a month to get their children to school in Grahamstown, said when Grocott’s met them on Thursday 31 May that it was the third time they’d come to the Department looking for a solution. That day, they waited there from 9am to 3.30pm.

On Monday the children hadn’t got to school at all. On Tuesday, they were late because of the transport problem, Mdyogolo explained.

Riebeeck East resident Sana du Toit’s daughter passed away and she takes care of her two grandchildren, 8 and 16.

She receives an old-age grant and pays for her elder grandchild’s transport – and more – out of that every month. Transport usually costs her R300, and R400 if she has to attend school meetings.

Another parent, Nobuhle Nxarhala, said, “We came here to deal with the very painful problem that affects our children. As the parents from Rieebeck East, we are sick and tired of travelling up and down with no solution. Now we don’t know what to do and where to go, because we feel like the people who are supposed to help us are the ones playing with us.”

Mandisa Maluni said, “As parents, we did not say the school must be closed in Rieebeck East. It is the Department of Education who closed it.” There are few job opportunities in Riebeeck East, and the R300 a month transport cost has hit them hard.

Noluvuyo Ralo has two children at Nathaniel Nyaluza, in grades 11 and 12.

“We used to have our own school. The department when they closed it promised us that everything would be fine and that  the learners would be transported. But as it is today, our kids are struggling and they arrive late at school. Sometimes the transport breaks down and the kids have to come back home without reaching the school.”

That made the parents feel they were failing their children, Ralo said.

“Our children do not enjoy the right to education in Riebeeck East, Ralo said. “There is a shortage of teachers and now they are faced with this transport situation.”

Mdyogolo told Grocott’s Mail the situation had now been resolved. The department asked the parents to give them two days and they would ensure the children would be taken from Reebeeck East to Grahamstown.