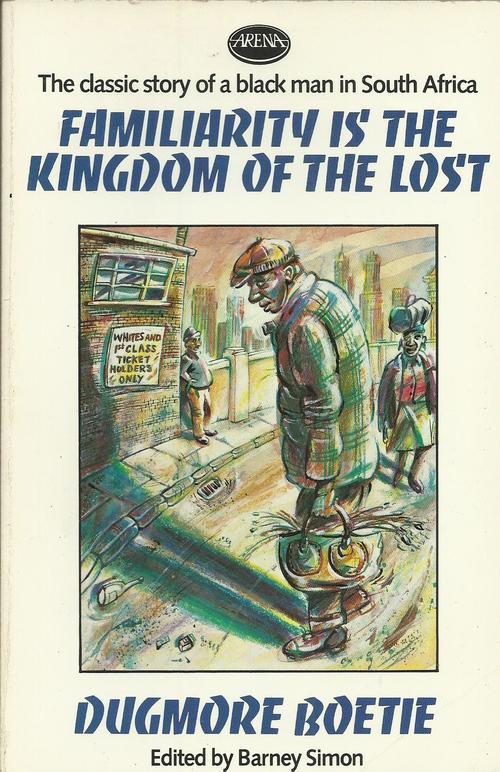 The National English Literary Museum invites members of the public to a talk by visiting professor Benjamin Lawrence.

Professor of African History at the University of Arizona, Tucson, Arizona, he is the author or co-editor of ten books, notably Amistad’s Orphans: An Atlantic Story of Children, Slavery, and Smuggling (Yale University Press, 2016), and African Asylum at a Crossroads: Activism, Expert Testimony, and Refugee Rights (Ohio University Press, 2015). He is the Editor-in-Chief of the African Studies Review, the flagship journal of the African Studies Association (US).

Here’s what he’s going to be talking about:

In November 1960, the Sophiatown-born journalist and poet, Dugmore Boetie (1926-66), seemed desperate. In a letter in the archives of the Africa Bureau in Rhodes House, Oxford University, he describes fleeing north from South Africa after the Special Branch police “visited” his Johannesburg home. He managed to reach then-Tanganyika “with one leg and no money”.

After travelling overland, Boetie found his way to Dar es Salaam. But there he ran into further trouble.

Boetie’s exile narration of an irregular route to protection offers an entrée into the earliest moments of refugee mobilities in decolonialising Africa. Reproducing a timeworn tradition in intellectual circles, Boetie’s politically charged writing first attracted the attention of the authorities, resulting in the harassment that forced him to flee. Indeed, thousands of South Africans sought exile, because of unrelenting persecution that intensified dramatically after the Sharpeville Massacre.

Boetie’s experience, brought to life in his posthumously published masterpiece, Familiarity is the Kingdom of the Lost, underlines the perils surrounding apartheid’s geographies of exile and draws attention to the notion of refuge in an epoch of dramatic change in refugee status determination.

But as the 1951 Refugee Convention had not yet been extended beyond Europe, and Tanganyika was only to win independence in 1961, Boetie was inadequately shielded by prevailing interpretations of refugee mandates.

This paper explores late colonial African mobilities and European responses to the first wave of refugees with a view to making sense of this interstitial episode and why Boetie’s protection claim failed to gain traction.

Drawing on Boetie’s writings and related materials preserved in the Barney Simon Papers in the National English Literary Museum in Grahamstown, Lawrence explores through fragmentary texts evidence of the apartheid state’s unrelentingly pursuit of black intellectuals and the suppression of black authors and authorship.