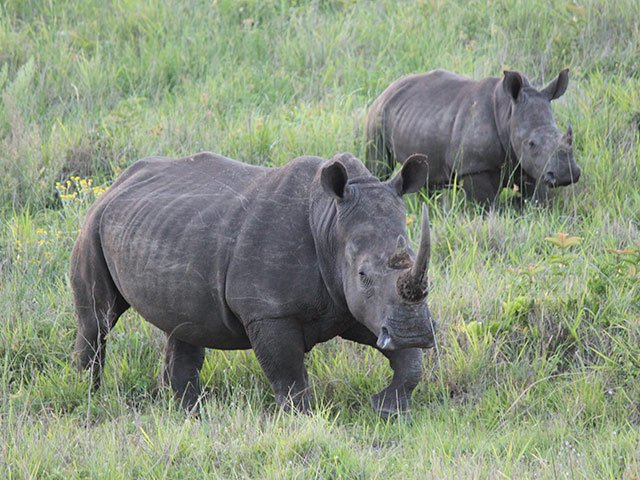 For the first time in 46 years, the black rhino will roam the Central African country, Chad, following the successful translocation of six black rhinos from South Africa.

“I am delighted that South Africa’s conservation success is able to contribute to the return of such an iconic species to a sister country. My fervent hope is that these rhinos will serve as a catalyst for economic growth, particularly in the conservation and tourism fields, in Chad,” said Environmental Affairs Minister Edna Molewa.

No challenges were encountered during the translocation to the Zakouma National Park in Chad.

The translocation of six black rhinos has been achieved through a collaboration between the Department of Environmental Affairs, the Government of Chad, SA National Parks (SANParks) and the African Parks Foundation.

On 8 October 2017, Minister Molewa and Minister of Environment and Fisheries of Chad, Dr Ahmat Mbodou Mahamat, signed a Memorandum of Understanding in the field of Biodiversity Conservation and Management in Pretoria.

The Ministers also signed a Memorandum of Understanding which allows for the translocation of the black rhino from South Africa to Chad as part of an initiative to reintroduce rhino to the African country.

The six rhinos were transported on Thursday from the Addo Elephant National Park, where they were held in bomas for three months.

The flight transporting the rhinos, as well as SANParks and African Parks veterinarians arrived in Chad on Friday.

The rhinos are all well and have been released into bomas to adjust to their new surroundings. They are expected to be released into the Park soon.

Welcoming the rhinos to the Zakouma National Park, South Africa’s Ambassador to Chad, Titus Matlakeng, said he was pleased that South Africa’s conservation success marked the historic return of the iconic species to Chad.

“The development of communities that are bordering national parks and similar establishments, further creates opportunities for the enhancement of the livelihoods of our people, thus accordingly creating jobs, alleviating poverty and boosting local enterprises.

“This is well in line with the 2030 Agenda for Sustainable Development which encourages partnership, through development that will attain the ‘future we want’ as the African continent,” Matlakeng said.

The last black rhino (Diceros bicornis longipes) in Chad lived in Zakouma in 1972, with the species officially being declared extinct in 2006.

The MOU on the re-introduction of black rhino in Chad re-establishes the rhinoceros population in Chad as part of the broader biodiversity initiatives between South Africa and Chad.

The translocation is part of a custodianship agreement in terms of which any offspring of these rhino are the property of Chad, and may be translocated to other countries as a means of re-establishing rhino populations within the continent in line with the African Rhino Range States Conservation Plan. – SAnews.gov.za