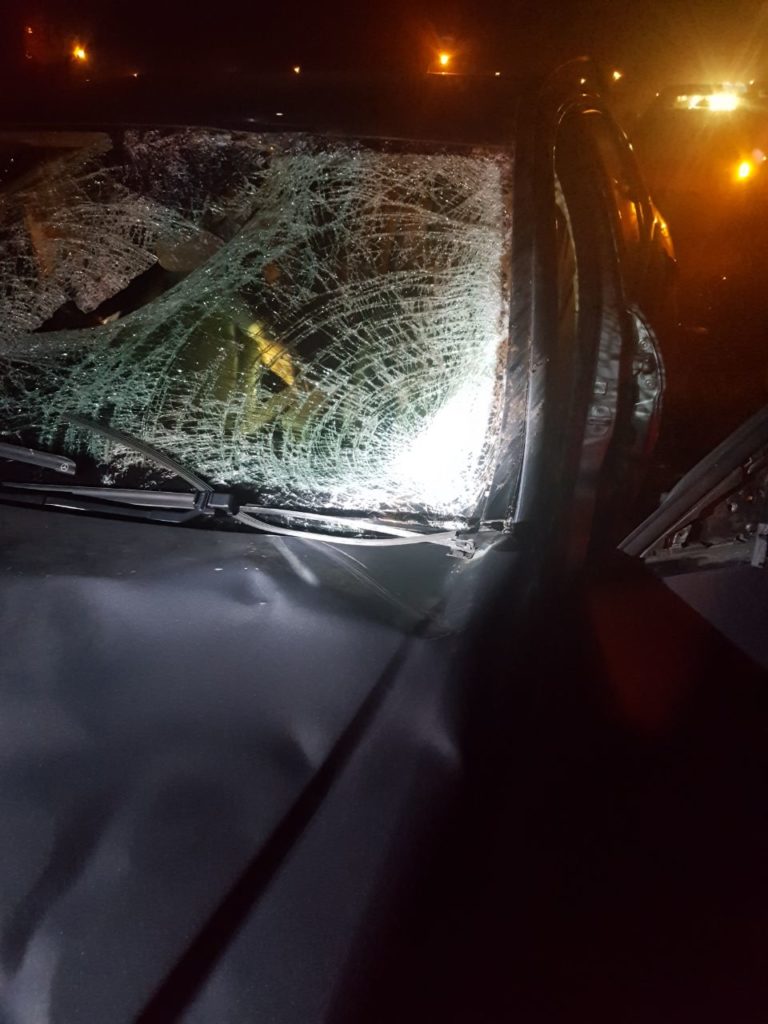 A visitor who hit a cow driving into Grahamstown last week had a lucky escape. Photo supplied

A former Grahamstown resident has warned drivers in Grahamstown to be vigilant after her car was damaged when she hit a cow around 6pm last Wednesday night.

Misiwe Mpahlwa was driving from Peddie to Grahamstown and had passed the turnoff to Extension 6 when a cow suddenly appeared in the road.

“It was completely dark because the high-mast lights were out so I saw it at the last minute – its front legs were already in the road.”

With oncoming traffic, there was nowhere to go and she hit the cow.

The windscreen was shattered and the front bumper damaged as well as the left-hand side of the bonnet. But, Mpahlwa says, miraculously, she escaped without a scratch.

The police were the first to arrive – “They were there almost immediately,” Mpahlwa said. The breakdown company were there soon after to fetch her Mercedes C180. Fortunately Mpahlwa is insured. She doesn’t know the cost of the damage yet: “They’ve sent assessors.

“Luckily I wasn’t speeding,” she said. It could have been a lot worse.”

But Mpahlwa, who is the Municipal Manager of Ngqushwa in Peddie, is very critical of the lack of lighting at the site.

“Drive with caution when you’re in Grahamstown,” she says, “and look out for animals.”

Police confirmed the incident on the R67 opposite Joza.

“The cow was removed by officials to be euthanased, as no one identified it and was not branded,” Govender said. The Stock Theft Unit had also attended the scene.