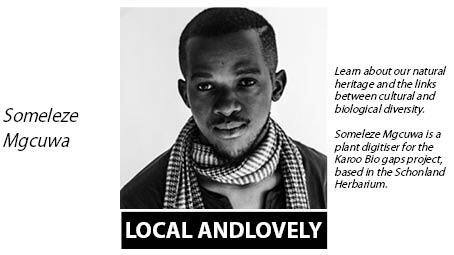 According to the SANBI (South A

frican National Biodiversity Institute) Red list of South African Plants, Eucomis autumnalis was not selected in any one of four screening processes for highlighting potential taxa of conservation concern for detailed assessment and was hence given an automated status of Least Concern (L.C.). http://redlist.sanbi.org

Umphompo found in open grassland, among rocks or in swamps through eastern South and tropical Africa

The genus name derived from the Greek word eukomes meaning beautifully haired, eu=well and kome=hair of the head, referring to the crown of bracts. Autumnalis means autumn refers to flowering time. Umphompo means a gentle stream, giving the plant its name since it grows alongside the stream.

The first record of this plant in cultivation is about 1760, when P. Miller used seed from the Cape to raise plants in the Chelsea gardens. Autumnalis flowers are visited primarily by pompilid wasps of the genus Hemipepsis. These wasps carry considerably more Eucomis pollen and are more active on flowers than other visiting insects. Pompilid wasps are attracted to flowers primarily by scent and not visual cues

An enema of a bulb decoction is commonly used for low backache and to assist in post-operative recovery and to aid in the healing of fractures. Decoctions are used to for wide variety of other ailments, including urinary diseases, stomach ache, fevers, colic, flatulence, hang-overs and syphilis, and to facilitate childbirth. The subspecies clavata is used for coughs and respiratory ailments, biliousness, lumbago, blood disorders, diarrhoea, venereal diseases and to prevent premature childbirth.

Umphompo plants are grown around the home and byre to protect the family and livestock from evil spirits and witchcraft.

Planting in the garden

Dry bulbs are best started off in pots, then planted in the border once they are in active growth. Once they’re up and going, plant each bulb cm apart and at a depth of 15-25 cm. They prefer a warm, sunny aspect – generally those plants in full sun will produce more flowers as a result – with fertile soil and plenty of water. Cover the base of the planting hole with a few handfuls of grit until the hole is around 15 cm deep. Then plant the bulb directly on the grit before back-filling with a mixture of soil and composted bark and a sprinkling of general-purpose organic food.

In pots and containers

Eucomis make superb feature plants in containers. Plant 3 bulbs into a pot 30 cm (12 in.) across. Use a loam-based compost with extra grit added, ⅔ compost, ⅓ grit, making sure you have a pot deep enough to allow them to be planted at least 15 cm deep. You’ll need to water when they’re growing at full tilt, best done in the evening. Container grown plants are best over wintered in a dry and frost-free environment.

Eucomis are generally hardy down to around -6°C in well-drained conditions. Plants in the border will require little watering. Feed with organic fertiliser in early spring and occasionally add a weak tomato feed when watering in summer. They may require supporting. In late autumn, apply a thick mulch of bark over the plant. Old leaves and flower stems should be removed only once they turn yellow.

Eucomis are generally pest-free. Watch out for slugs as new leaves emerge which may not be till May.

Pooley, E. 2005. A Field Guide to Wild Flowers, KwaZulu-Natal and the Eastern Region. The Flora Publications

Shuttleworth A., Johnson, S.D. A key role for floral scent in wasp-pollination system in Eucomis (Hyacinthaceae).