Success for Graeme Tennis and Rugby 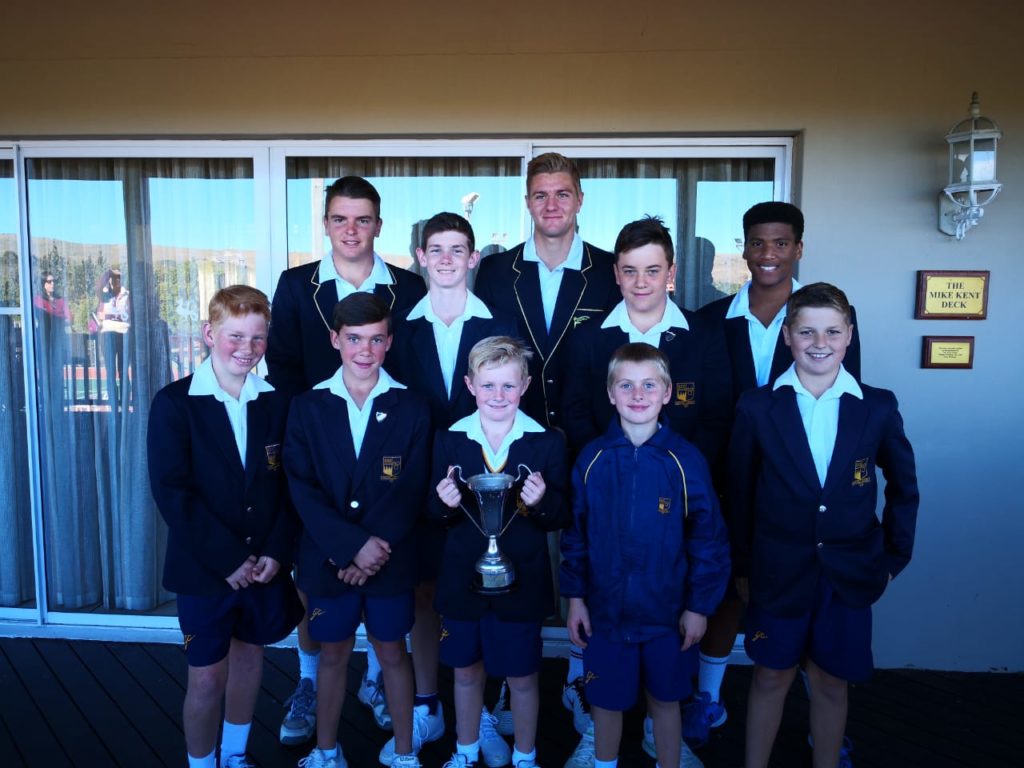 In an action packed weekend of sport, Graeme College enjoyed a dominant showing in the Bailey Cup tennis tournament, while their rugby and hockey sides competed in various fixtures.

The Graeme tennis stars lived up to their reputation, winning the Bailey Cup for the fourth year in a row. It was a worthwhile tournament, which had the top two players in the U10, U12, U14, U16 and U18 age groups from Graeme, St Andrew’s, Kingswood and Port Alfred competing.

The hockey teams struggled against some very strong Hudson Park sides with all three teams losing their respective matches. The U15 side lost 2-0 to their Hudson counterparts, while the seconds lost 1-0 and the first team lost 3-1 to their hosts.

The senior rugby teams shared the spoils with Hudson Park. The Hudson U14 A side were in a confident mood after beating Queens 55-12 the week before, but the Graeme team have been just as impressive. Graeme started the rugby day with a 38-8 win in an epic encounter.

The First Team were also resolute in their defence winning a massive encounter 17-5. The match was always going to be a tight encounter with small margins affecting the outcome and Graeme seemed more determined to make sure they came out with the win.

After defending for a long period of time, Graeme finally managed to gain some momentum in the first half with some strong carries before getting the ball to Liam Agnew on the wing to score in the corner. Graeme led 5-0 at halftime.

In the second half, Graeme started to gain the ascendency as they spent most of the time in Hudson’s territory. The highlight of the match was the interplay between Sixolile Lamani and Agnew which led to the second try. Yanga Bangisa scored the third try for Graeme to lead 17-0 before Hudson Park scored in the last few minutes of the game.