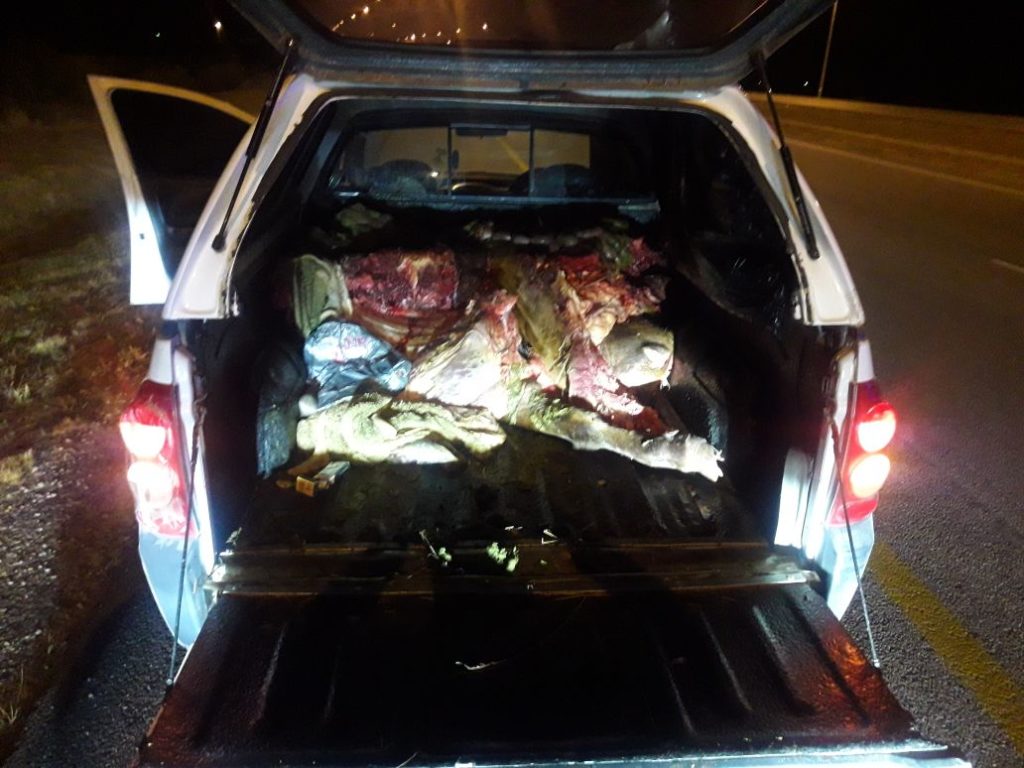 Five male suspects were arrested on Wednesday 16 May just after midnight near the Cannonvale crossing on the N2 in possession of a freshly slaughtered cow.

The SAPS offices encountered a white Opel Corsa bakkie speeding on the N2 towards Port Elizabeth. The SAPS patrol offices pulled it off and searched when they saw that it was fitted with a flashing orange light on the roof.

The freshly slaughtered cow was found on the back of the bakkie. It is suspected that the cow (valued at R16 000) was slaughtered during the night in the Alexandria area and was allegedly being transported to Motherwell. All five suspects, aged 26, 34, 36, 36 and 60 years, are from the Motherwell area.

They faced charges of possession of stolen stock in the Alexandria Magistrates Court on 21 May.

The Motherwell Cluster Commander, Major General Dawie Rabie applauded the arrests, adding that  “our SAPS visibility and patrols will continue on all the major routes in and out of Nelson Mandela Bay. Criminals attempting to use these routes to transport their stolen goods will be stopped in their tracks.”