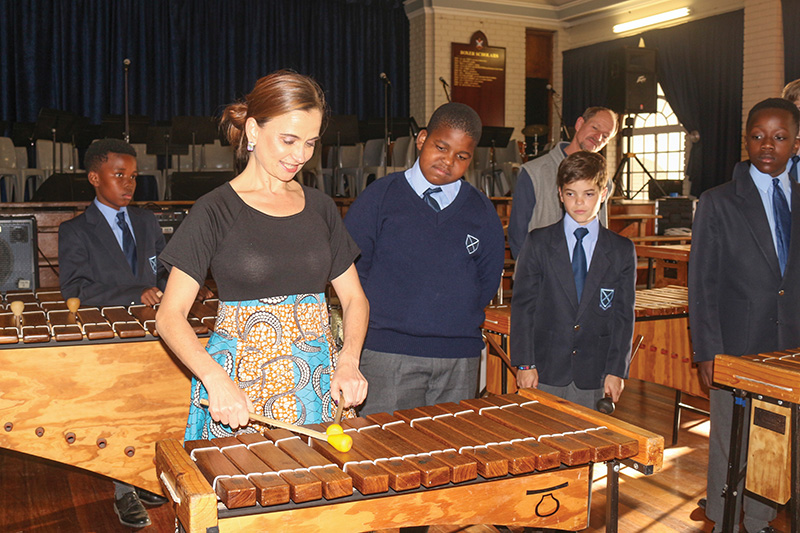 The annual Diocesan School for Girls/St Andrew’s College Youth Music Festival got off to an excellent start on Tuesday 15 May with two excellent choral concerts. The junior choir festival included five choirs from DSG Junior, Graeme College, Kingswood College, and Victoria Primary School and had some charming performances which bode well for the future of choral singing in Grahamstown.

In the evening, there were seven choirs performing in the senior choir festival. St Andrew’s, DSG, Graeme, and Victoria Girls’ High School (VGHS) were very well-represented. There highlights included a VG tribute to Nelson Mandela and energetic performances of both the St Andrew’s and DSG chapel choirs.

On Wednesday morning, the auditorium of the David Wynne Music School and the Lilla Strong Hall were filled with pupils, parents and teachers all listening to young soloists of varying playing levels and instruments.

On Thursday evening, a short concert commenced with the exciting Access Music Project Orchestra and ended with a polished performance from the DSG/St Andrew’s Wind Orchestra.

The Gala Concert on the Friday night was a collection of some of the highlights from throughout the week and also included a performance from the visiting Artist, Magda de Vries on the classical concert marimba. de Vries had performed at lunchtime at Rhodes University and then spent the afternoon giving a workshop for local Marimba Bands.