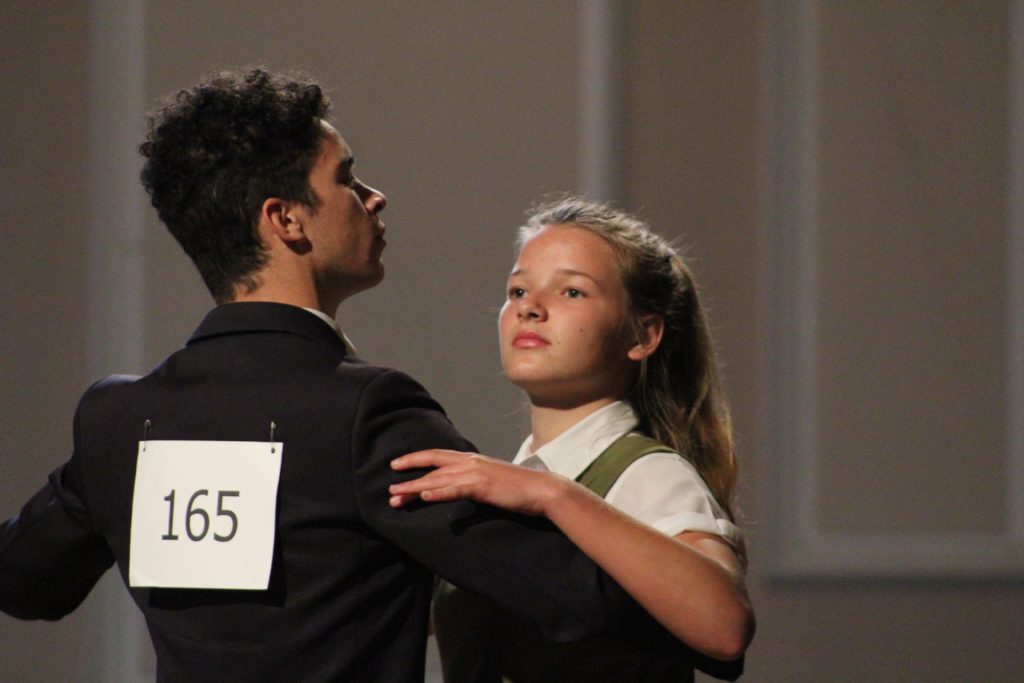 The local dancers competed against 250 pupils from 14 different High Schools across levels like Pre Bronze, Bronze Badge, Silver Badge and Gold Badge. Two couples reached the finals in the Bronze Badge level for their Ballroom and Latin dances.

Sanele Mboto (St Andrew’s) and his partner Kuhle Stamper (Kingswood) danced in the Gold
Badge level and reached the semi-finals in the Latin section.

The competition included a Varsity section where Rhodes and Nelson Mandela Universities
competed. The competition was thoroughly enjoyed by both the pupils and their parents
who supported the competition.  Kudos to the participating dance pupil, the schools and the parents (especially those who travelled to watch the competition) for their support and dedication to ballroom dancing.

Dancing is a skill that should be nurtured and developed over time. With continued
commitment and hard work we can look forward to continued growth as individuals and as a
club. We look forward to our new grade 8 and beginner ballroom dancers competing in the
competition in 2019. Keep on dancing. For the love of dance.