In praise of whistle-blowers 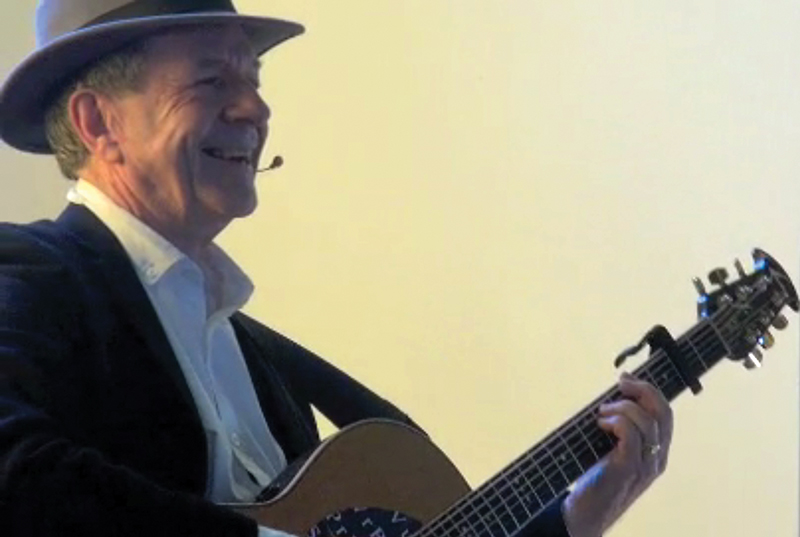 Fafa Hopkins, singer and poet, will feature at Spiritfest this year performing ‘Domestic Canticles’, a selection of song-poems from Chris Mann’s volume of poems and meditations, ‘Epiphanies’. Fafa Hopkins is the stage-name of Chris Mann, Emeritus Professor of Poetry at Rhodes.

Mann explains: “This show draws on the exciting findings of contemporary neural science, a worldwide movement that reinterprets academic disciplines from psychology to economics from a new perspective.” ‘Epiphanies’ are described by him as songs and poems which bring “a flicker of transcendent joy”.

‘Epiphanies’ has something for everyone. Romantics will enjoy ‘Dancing in the Royal Hotel’, and ‘Night-flying’, based on a painting of flying lovers by Marc Chagall, while ‘Gijimani’ celebrates the sportsmanship of the Comrades Marathon. The joy of watching local cricket features as well. Other poems explore topics of family life, and the triumphant and disappointing moments that come along with it. “These are really song-poems,” says Mann, “where I’ve let the words have a greater role than is usually found in a conventional song.”

‘Welcome to the Hall of Fame’ looks at the “counter-culture life that fame brings, unacknowledged heroes such as eco-activists, a grandmother bringing up orphaned toddlers in a rural village, and whistle-blowers are praised for their work.”

Many of the songs Fafa Hopkins  will perform feature real life people, “such as Moses Chaka, an auditor in the Free State Department of Agriculture. He uncovered the Gupta-linked dairy farm scam and died after being tied to the back of his car and dragged through the streets of Vrede late at night.”

Be sure to catch Fafa Hopkins performing ‘Domestic Canticles’, on Thursday the 28th of June and Friday the 6th of July 17:15 (60 mins) at the Cathedral Coffee Shop, inside the Cathedral.