The Politics of Horror movies 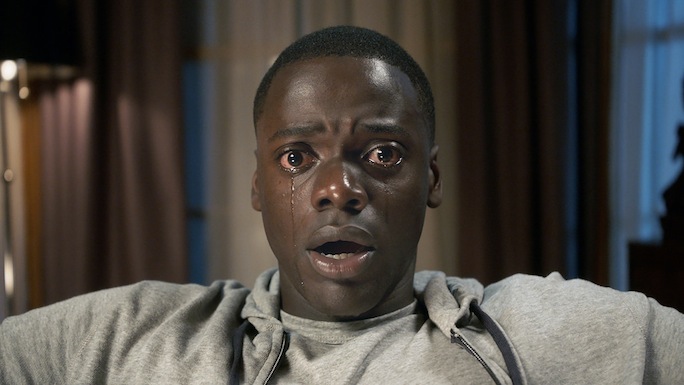 The black person always dies first. This joke has been around ever since I was a kid. It’s as common as the sex scene leading to death and the horror movie monster never dying. It is meant to be a criticism, but no one sees it that way. Horror movies are infamous for how they revel in being problematic and ‘shocking.’ While many view them as brainless gore fests, there are deep meanings hiding beneath the surface.

Horror is frankly a white-dominated world. When a group of hip young teens decide to go away for the weekend to a spooky campsite (like in the Friday the Thirteenth films), with no adult supervision, it’s mostly the pale patrol rocking up. There will be, like, one black person though, who will die in, in around half an hour. Sorry black people, you don’t get someone to relate in this movie. The black person will also be a ‘thug’ or into football or a sexual deviant. Enjoy your 30 minutes of that. This is why the joke is so prominent. It’s not that the black person dies first. The only black person dies. For the majority of the movie, the audience gets to follow the snow squad as they all get picked off. This is a problem.

Now one could argue that this is fine because everyone dies in horror movies. “Why are you trying to see race man?” Well my fake commenter, the issue is that the field is so dominated by whiteness. Horror by itself gains its roots from racism. Back in 1915, D.W. Griffith’s Birth of a Nation set the structure for monster movies. The film focuses on two boring white families. A “monster” (in this case a black slave) goes around terrorising innocent people. Then a group of “brave men” (the actual Ku Klux Klan) bands together to defeat the menace. Oh yes, there is a white woman and she needs to be saved. Sounds familiar? Even horror movies that have a female protagonist, such as Ridley in the Alien movies, there a woman (in this case her daughter) to be saved.

Horror has always used black people as their monsters. There are obvious examples of this with movies that focus on say, a tribe of natives. Sure, there are thousands of different African cultures and civilisations, but actually they are all savages who run around naked (and are cannibals). Horror movies are our greatest fears made tangible. Human beings fear the unknown and what is more unknown than a group of people that look different. The horror movie monster that personifies this is King Kong. It follows a group of white men, going to an island with ‘native savages’, capturing a ‘black beast’ and putting him in chains, then bringing him to America.

The parallels to slavery are so blatant especially since the first film was made in the 1930s, with America drenched in the muck of racism. For the longest time this is what black people could be in Horror–natives that couldn’t sleep, ‘thugs’ and a giant gorilla. If you are a person of colour, I am sure you already know how western media feels about you.

Don’t even get me started on women and sexuality in movies. Ah, it’s too late now. You know who dies just as much as black people? Mofos having sex. In horror movies it is always the studious, virgin woman (who might have psychic powers) who survives to the end. Now this does make sense. Everyone else in these types of movies tends to be the actual worst. You want them to die. The problem comes with trying to equate being a virgin to being “pure,” and deserving to survive the massacre. Sexually active people in these movies are  punished.

The message is clear–only bad people have sex. What doesn’t make sense though is why there sex in these movies at all. When the couple is getting it on, the only thing your going to see are breasts and little below the equator with the focus will be solely on the woman. Horror movies make money off the exploitation of women and then turn around and tell them that  “if you have sex you’re going to die.” What is with this  puritanical movie nonsense teens being hacked to pieces? Why do monsters like Freddy and Jason, who have no qualms brutally murdering children, get so pissy when it comes to teen sex? Are they preaching pro-abstinence education?

Essentially, then, Horror movies love to exploit those who with no power. The genre is made with one audience in mind–white dudes. Things are changing though. Horror is evolving and the stories being told today are challenging those old ideas. Get Out, about a group of white people trying to re-enslave black people through mind control is a gesture tot the fears of thousands of people of colour in an alt-right (Trumpian) dominated world.

The exploited are now making movies for their people. Hopefully these tropes don’t pull a Jason can come back because they deserve to die.

Previous ArticleDSG host Clarendon in hockey, netball showdown
Next Article Artists are the Warriors of the World

Speaker and ward councillor in war of words over council procedure