Artists are the Warriors of the World 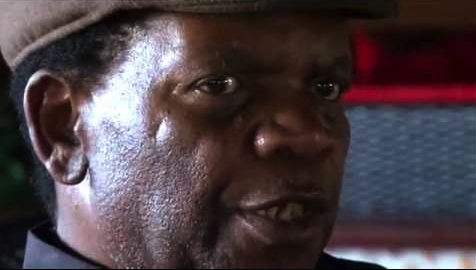 “The state of theatre in South Africa today is non-existent”. These were the cutting words of the celebrated theatre director and playwright Selaelo Maredi at the Box Office Theatre Last Tuesday. It was also a call to consciousness for Rhodes University drama students who eagerly participated in this discussion, as Maredi considered their department “to be one of the pioneers of theatre.”

Selaelo Maredi gained recognition in the early seventies when he co-founded the experimental theatre group – Workshop 71. Through this initiative Maredi was able to draw focus on issues of black political consciousness in the space of theatre, something which would be recognised later internationally as Protest Theatre. Globally, this refers to a range of theatrical performances utilised to protest political inequities or social ills. However in the context of South Africa, Protest Theatre served, more specifically, to protest the conditions of black male workers and the migrant labour system by demonstrating short, provocative scenes of the black working-class life.

However, Maredi emphasis that “Protest Theatre is not mine alone” and encourages the next generation to “bring human theatre back”. That is to say, to voice the stories that ought to be heard. In his view “we look at the state of theatre today in South Africa… it exists because the doors are open and people are coming, but what are they coming to see?” To remedy this void, Maredi suggests that theatre not only be used as a form of entertainment, but a vehicle for social change.

Aiding to this discussion, members of the audience suggested Theatre For Life, an alternative theatre workshop providing life-skills and education, enabling informed choices and developing self-efficacy and resilience. The idea was to use theatre as a platform for basic education, and therefore a vehicle of social change. Maredi’s response to this was to say that “artist are the warriors of this world”. Perhaps to note that art has the ability not only to inform but to instruct, though more importantly, Maredi points out that there is still a role for Protest Theatre.

“When you take a journey there is an arrival, and when you arrive you are there…but when we talk about Protest Theatre post-apartheid, we haven’t arrived there,” he says. “When you are driving a car and it’s a manual, and it’s approaching a steep hill, you change the gear so that the second gear can manage the hill. Our time in apartheid was the steep hill,” he explains. “We finished the slope but we are still going against the hill and instead of changing gears, Protest Theatre stalled and reversed back. We cannot say that we are there yet because we never completed the journey.”