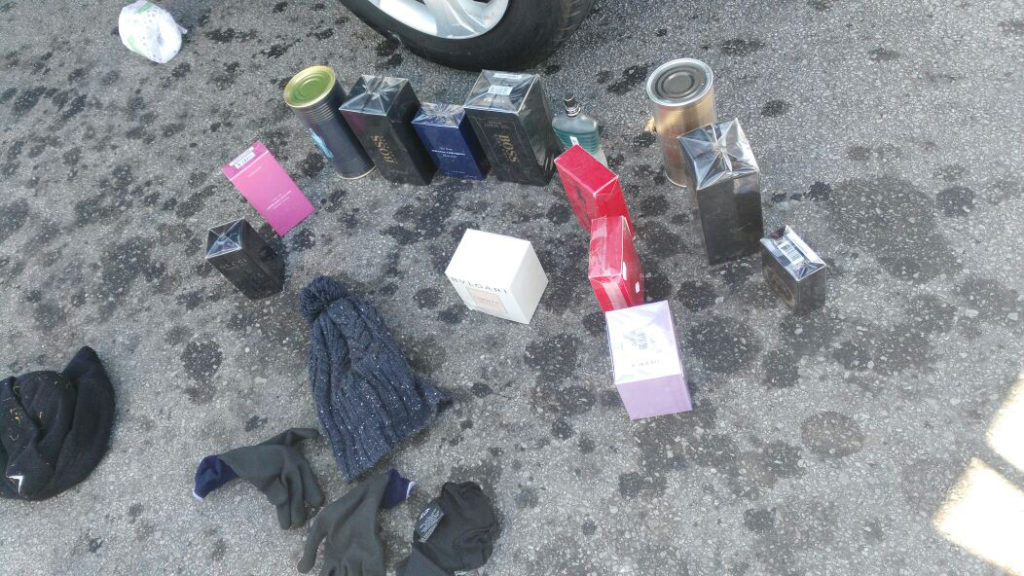 Govender said two men walked into the store around 9.15am today, approaching two assistants for help with perfumes.

“They allegedly informed the assistants that they had come to rob the store,” Govender said.

Two more people entered the shop and asked the assistants to put the perfumes in the bags they had brought.

“They then started removing the perfumes and left the shop,” Govender said.

A mall security officer who was on his rounds came to the door as one of the men was leaving with his bag packed with perfumes.

“The manager of a local food store attempted to chase the suspects but was threatened with a firearm,” Govender said. She said the suspects fled in a grey vehicle.

In an amazingly quick response, the information was circulated and all emergency services from Port Alfred and neighbouring clusters including Port Elizabeth were alerted as the vehicle travelled towards Port Elizabeth,” Govender said.

“They pursued the vehicle which turned towards Motherwell,” Govender said. “A high-speed chase ensued and members of the Port Elizabeth Flying Squad managed to stop the vehicle at the Truckers Inn.”

Five suspects aged between 20 and 32 were arrested and two firearms were seized.

“The stolen goods estimated at R80 000 were recovered and will be returned to the rightful owner,” Govender said.

A case of business robbery is under investigation.

“Your actions restored the trust and hope in our daily commitment to eliminating crime in this province,” she said.