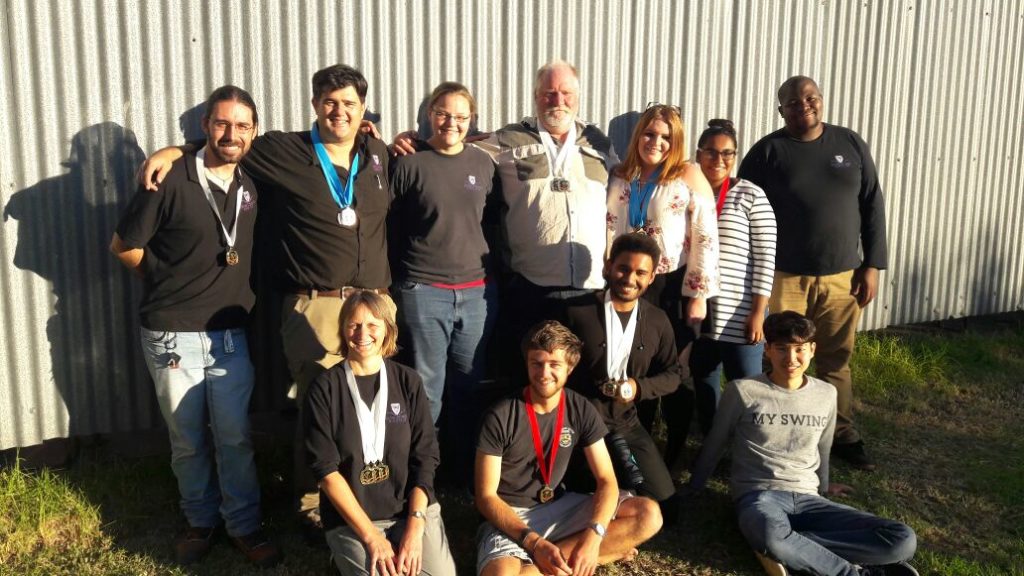 Members of the Rhodes University Rifle club after a long and successful day of shooting. Photo: Supplied

The weather was ideal for shooting and the scores were high. The locals started well, with Gerrit Vlok (PJO) winning Gold in Match 1 in the F Class. Match 2 in the F Class was won by another local, Geoff Bagshawe-Smith (RU). The overall Gold in F Class went to Bagshawe-Smith, Silver to Quinton Lewis (SANDF) and Bronze to Vlok.

The winner in Class A, and EP Small-Bore Champion 2018, was Gavin van Rhyn, who won both matches as well as Gold overall.