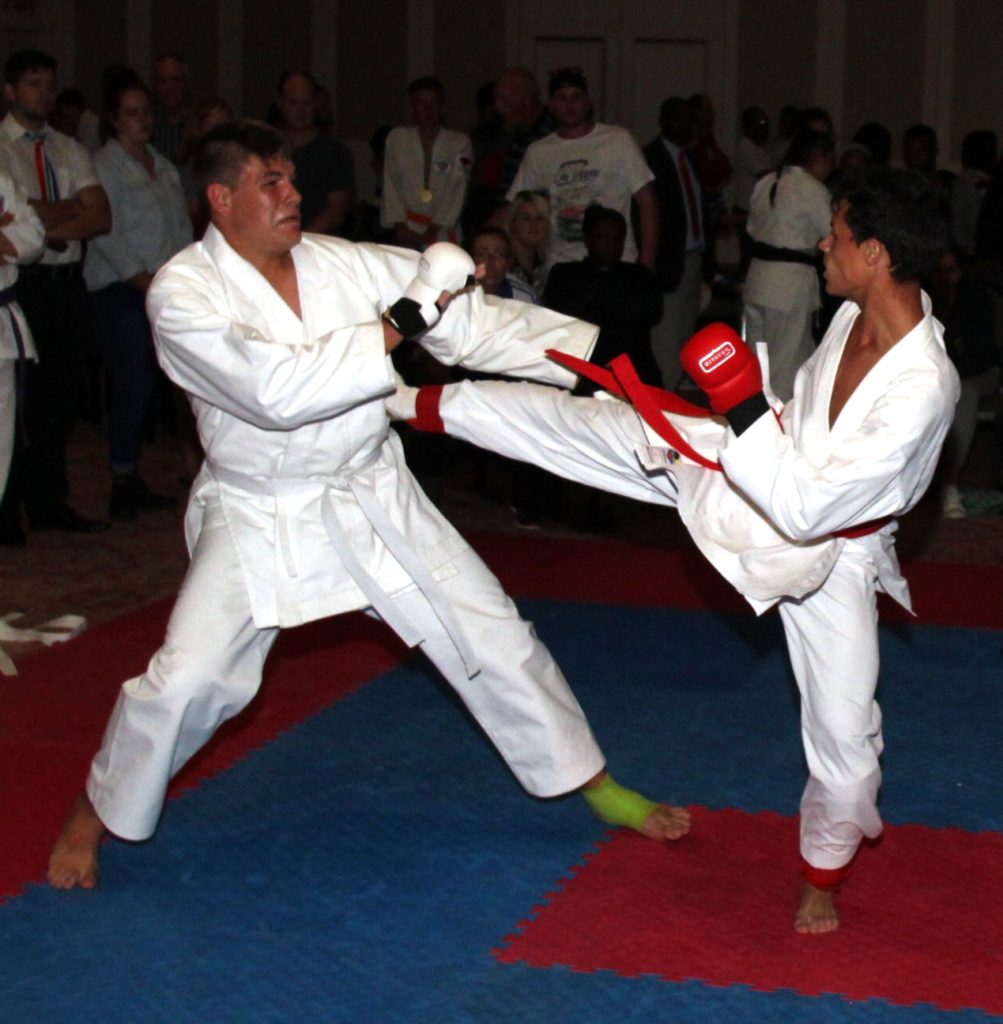 The Cadet Boys (15-17yrs) Red to Black Belt Male Kata and Kumite Categories were both won by Brent Smith of East Cape Shotokan Ryu, Grahamstown.  Morishca Minnie of PE Noord won the Cadet Girls’ (15 – 17yrs) Red to Black Belt Kata Category, and in a controversial kumite final in the same age category, Kayle Olivier of East Cape Shotokan-Ryu, Grahamstown was awarded gold after her opponent was disqualified for excessive contact.

There was action a plenty in the Senior Men’s Brown to Black Belt Kata and Kumite categories with Jacques Bardenhorst of Dragons Karate Club, Gauteng winning gold in both categories. Shaun Kapp (Dragon Suburbs Karate Dojo, Port Elizabeth) and Lutho Singata (Rhodes University Shotokan Karate Club, Grahamsttown) were the respective silver medallists in the kata and kumite categories. Both Bardenhorst and Singata will travel to Dundee, Scotland for the WUKF World Championship in June.

According to UWKSA President, Gary Grapentin, the Championship was extremely successful with UWKSA once again showing positive growth in membership over the past 12 months. Based on results achieved at the weekend’s Championship, a team will be selected to represent UWKSA at the 2019 UWK World Championships. UWKSA is endorsed and recognised by United World Karate, one of the largest international karate sports federations. This was also the first time that the Championship had been held in Port Elizabeth. Grapentin praised The Boardwalk Hotel and Entertainment Complex as the perfect setting for the Championship.