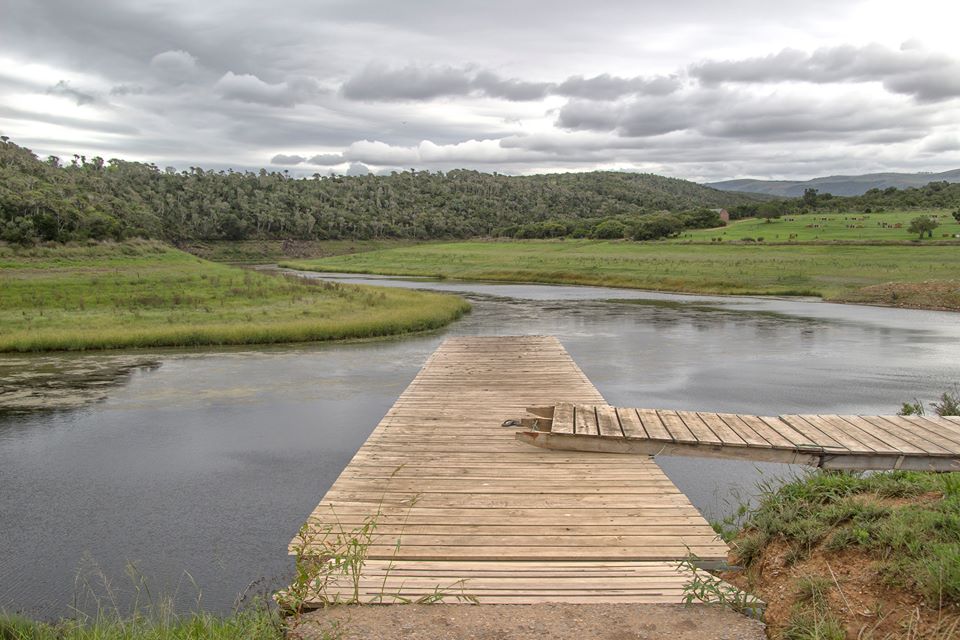 A recent photograph of Settlers Dam (March 2018). The Department of Water and Sanitation scuppered Makana Municipality's plans for a sustainable water supply, according to an advance report by Cogta's Intervention Team. Photo: Simon Pamphilon

A report by a team from national government says the Department of Water and Sanitation’s failure to fulfil its commitments has forced a halt to certain infrastructure projects in Makana Municipality.

The report by an advance team, which identified urgent priorities for Cogta’s intervention squad currently deployed in the municipality, said other challenges included regular water cuts, no planned maintenance and and average of approximately 200 leaks needing attention at any given time.

The report is titled ‘Ministerial Visit to Eastern Cape: Advance Team Report: Makana Ministerial Visit’ and dated 25 April 2018. It was prepared ahead of last Friday’s visit by Minister of Co-operative Governance and Traditional Affairs Dr Zweli Mkhize to Grahamstown.

Minister Dr Zweli Mkhize on Friday 4 May introduced a high-powered team tasked with providing managerial and technical capacity to Makana Municipality to a combined stakeholder group led by the Grahamstown Business Forum and including the Grahamstown Residents Association, school principals and private businesspeople among others. The Minister had earlier met with a delegation from Rhodes University and subsequently met senior councillors and officials from Makana and Sarah Baartman District Municipality.

Mkhize on Friday confirmed that the technical support for Makana, including for water and sanitation, would be managed via the Municipal Infrastructure Support Agency (MISA).

At a local level, the report states, taps in townships are broken or vandalised. In addition, Makana has been overburdened with the responsibility of transporting water to farms. The report recommends that the municipality enhances existing mobile communication between the municipality and citizens, using the MobiSam reporting system to deal with all complaints.

These key projects were in water, roads, electricity and sewerage.

“In addition, the municipality has inadequate drainage systems and incomplete community projects,” the report states. “Repairs and Maintenance is below the norm of 8 per cent, at mid-year 2017/18 it was at 0.97 per cent of PPE. The municipality does not have an asset management plan in place.”

Measures recommended by the advance team were for the Municipal Infrastructure Support Agency (MISA) to deploy engineering skills to address immediate basic services, such as roads, water pressure management, water and electricity losses, as well as advisors to assist the municipality review its long-term infrastructure planning.

Other measures to be taken are:

According to the advance report, Mkhize was to engage the Minister of Water and Sanitation in an effort to get DWS to fulfil its promises to the municipality on counter-funding projects.

In an interview following the business stakeholder meeting in Grahamstown last Friday, Grocott’s Mail asked the Minister how national government planned to support municipalities’ water infrastructure development and maintenance when the Department Water and Sanitation was reported to be bankrupt and in disarray. MPs in the Parliamentary Porfolio Committee on Water and Sanitation earlier this month described DWS as a “collapsed department”.

“We have to be realistic about resource constraints,” Mkhize told Grocott’s Mail. “Every department has been asked to reprioritise their resources and I can’t speak for other departments.”

Makana Communications Officer Yoliswa Ramokolo said levels this week for dams serving Makana are estimated at 21% for Settlers and 80% for Howieson’s Poort.

“As far as the water supply, the municipality is still experiencing drought and water restrictions are still in place,” Ramokolo said this week.

Meanwhile, on our doorstep, severe drought in Nelson Mandela Bay catchments has negatively impacted on the dam levels.

On average, Eastern Cape dams had consistently improved following the past few weeks of rain. Most dams in the eastern part of the province had improved with the Amathole Water Supply System now at 92.2% compared to 71.0% at this time in 2017.

Xilinxa Dam also showed a great improvement at 60.8% compared to
3.6% at the same time last year.

“The Department of Water and Sanitation is concerned about the low dam levels particularly in Nelson Mandela Bay and will continue to monitor dam levels in the province to improve water security,” DWS said. “The department appeals to all residents to save water and adhere to water restrictions.”