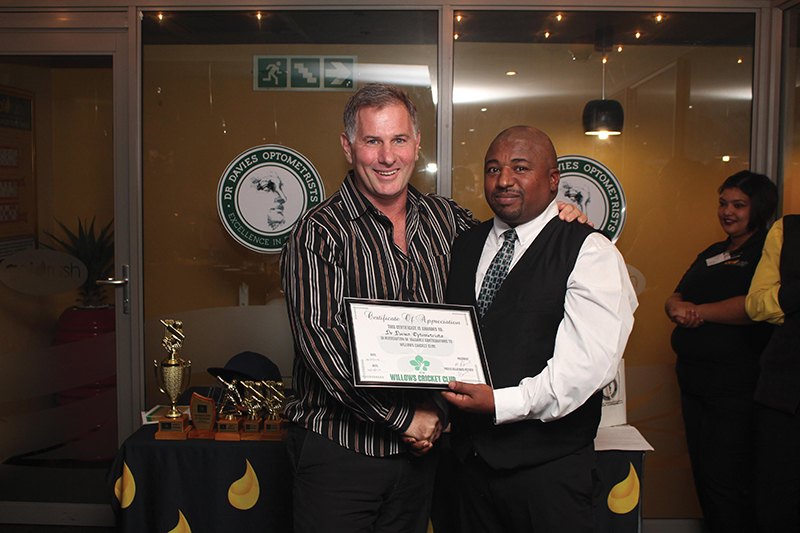 Melville Daniels, had his arms full and his chest glittering from the many accolades he received when his Willows Cricket Club held their Dr Davies Optometrists Prize Giving Ceremony at Gold Rush Casino recently. Daniels’ haul of awards included Player’s Player of the Season, Best Batsman and Best All Rounder Award. The club last held such a glamour event in 2012.
Players, sponsors, invited guests, founding members and executive of the club attended the event and wise counsel came from Guest Speaker was Mbulelo “Asi” Budaza, a former Willows player who plays professionally for the VKB Knights.
Dr Davies Optometrists who made part of the night possible with sponsorship for trophies and medals, while Nicky Bowers of Gold Rush Casino loaned the venue for free, as well as providing snacks and water. Other sponsors included M. Sonday Physiotherapy, Jannie Coltman, Leon Coetzee, Maino Graphic Design, Sebestian Wessels, Percival Brooks, Grocott’s Mail, guest speaker Mbulelo Budaza, former and current players, as well as Xanephan May and Chesley Chusta Daniels, who put the whole event together.

The full list of the Dr Trevor Davies Optometrists Awards: