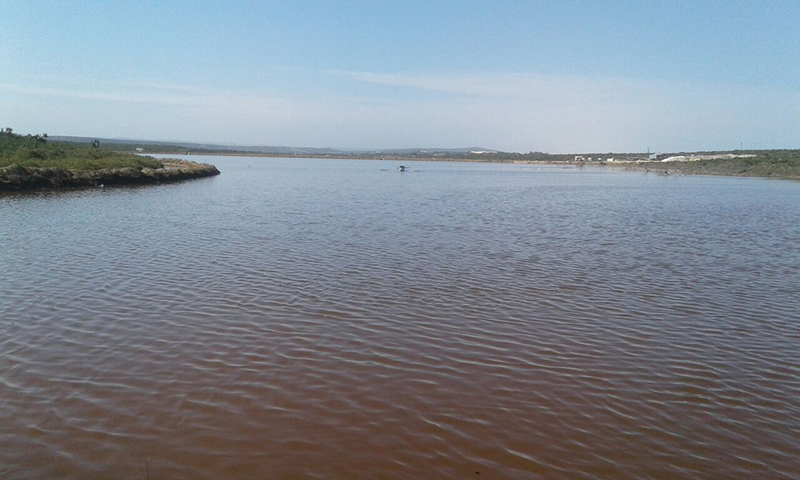 The crashed plane in the middle of the salt pan near Colchester on the N2. Photo supplied

“According to the 19-year-old pilot of the small Sling 2 aircraft, he experienced turbulence and had to land in a salt pan belonging to Tankatara Salt Works, close to Colchester at 11.20am,” Govender said.

Neither the pilot nor his 21-year-old male passenger was injured in the incident, Govender said.

The aircraft, belonging to a Port Elizabeth based flying school, remained in the salt pan for several hours after the incident as its owners made plans to recover it.