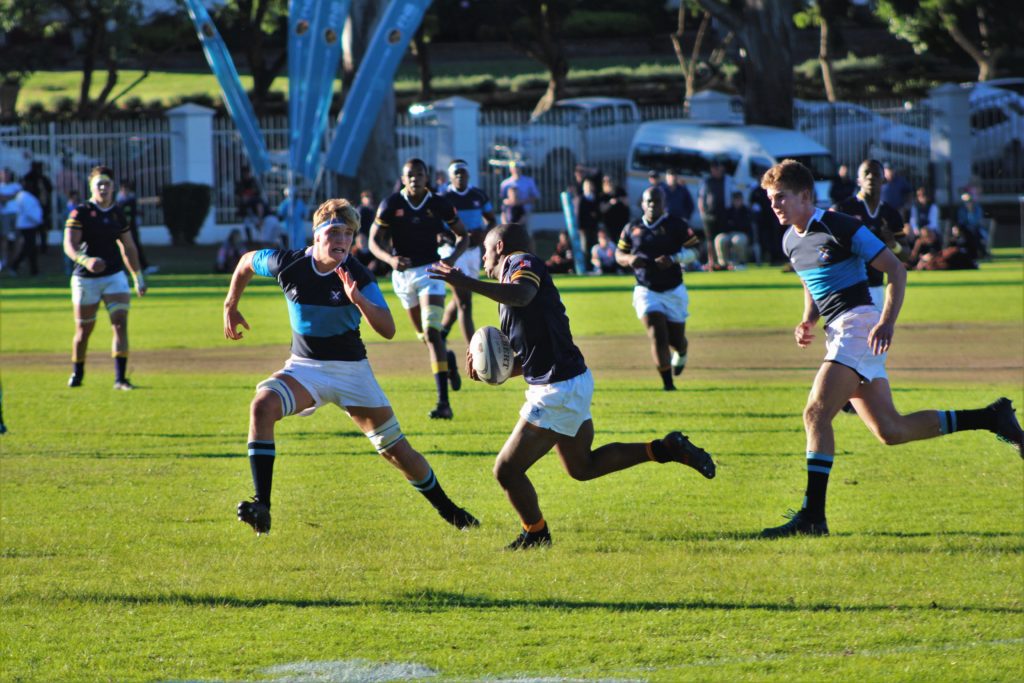 Saturday 5 May brought forth a mouth watering clash between two of Grahamstown’s oldest schoolboy rivals. St Andrew’s Lower Field played host to the FNB Classic Clash between two sides who have faired well in their first few games of the early season.

The mid afternoon match saw St Andrew’s kick off proceedings, as the two first XV teams seemed set to battle it out for local pride and a strong start to the season. The first 10 minutes was thrilling end to end rugby, with Graeme having the majority of possession and chances to burst forward. After much pressure, St Andrew’s defense finally broke and Graeme’s Bongo Adams burst over the line from a scrum to log the first points on the scoreboard. Eldrico Kivitts converted the try to give Graeme a 0-7 advantage early on.

After St Andrew’s kept threatening the Graeme defense, the visitors turned over possession and came close to a 2nd try, but earned a penalty just past the halfway. The attempt at goal went just wide of the posts, and Graeme failed to extend their lead. The last 20 minutes of the half belonged to St Andrew’s, who scored 3 well crafted tries, with fantastic team efforts. Charlie Fleming got the team’s first try right under the posts, with their second coming in quick succession when Guy Rushmere made an excellent break to get the hosts in front. With a minute left to play, Will McAdam increased the advantage with a penalty to allow St Andrew’s to take a 17-7 lead into the break.

The second half was a similar story, with St Andrew’s scoring another 3 tries early, which extended St Andrew’s lead to 34-7 with a good portion of the game left to play. Matt Royle hammered home the victory for the hosts with a phenomenal try, having gotten the ball on the halfway line and made an elegant, solo run to score one of St Andrew’s 6 tries on the afternoon.

In the last play of the game, Graeme finally scored their second try of the day, through Eldrico Kivitts. The try was converted and the referee called an end to what was an extraordinary game. St Andrew’s ran home 34-14 victors in the hotly contested match between two enthusiastic sides who are both set for strong seasons ahead.