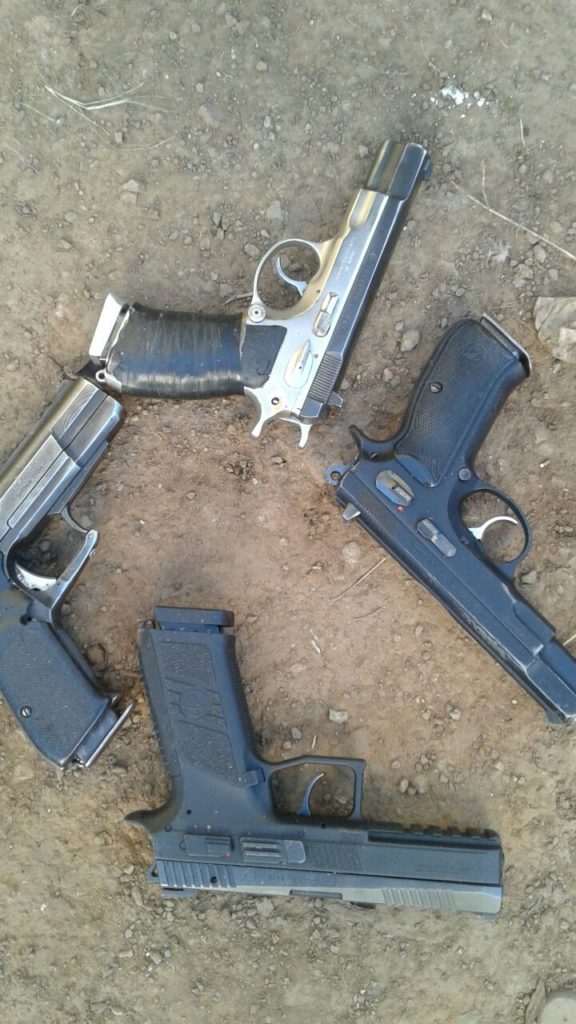 Fort Beaufort and Alice police arrested three armed men after a cash heist in the town Tuesday 1 May.

Police spokesperson Captain Mali Govender said a security company was attempting to deposit cash into an ATM when the guards were accosted by an unknown number of suspects.

“They disarmed them and fled with an undisclosed amount of cash. The information was circulated and all available units in the area responded,” Govender said.

“The team were in hot pursuit of the suspects which subsequently led to the recovery of a white Renault that was abandoned by suspects in Fort Beaufort area,” Govender said. “Further on, a white Avanza was recovered in Mdeni village at Healdtown area.”

Three suspects were arrested in possession of four firearms – one of which had been stolen in Kwazakhele last month. An undisclosed amount of cash was also recovered, Govender said.

“The speedy response by these young foot soldiers is commendable,” Ntshinga said. “Fearlessly and without hesitation they chased and apprehended these dangerous criminals. Your actions certainly restore the confidence of the community in the SAPS.” said General Ntshinga

The Organised Crime unit would be investigating several charges against the three suspects including armed robbery, Govender said.