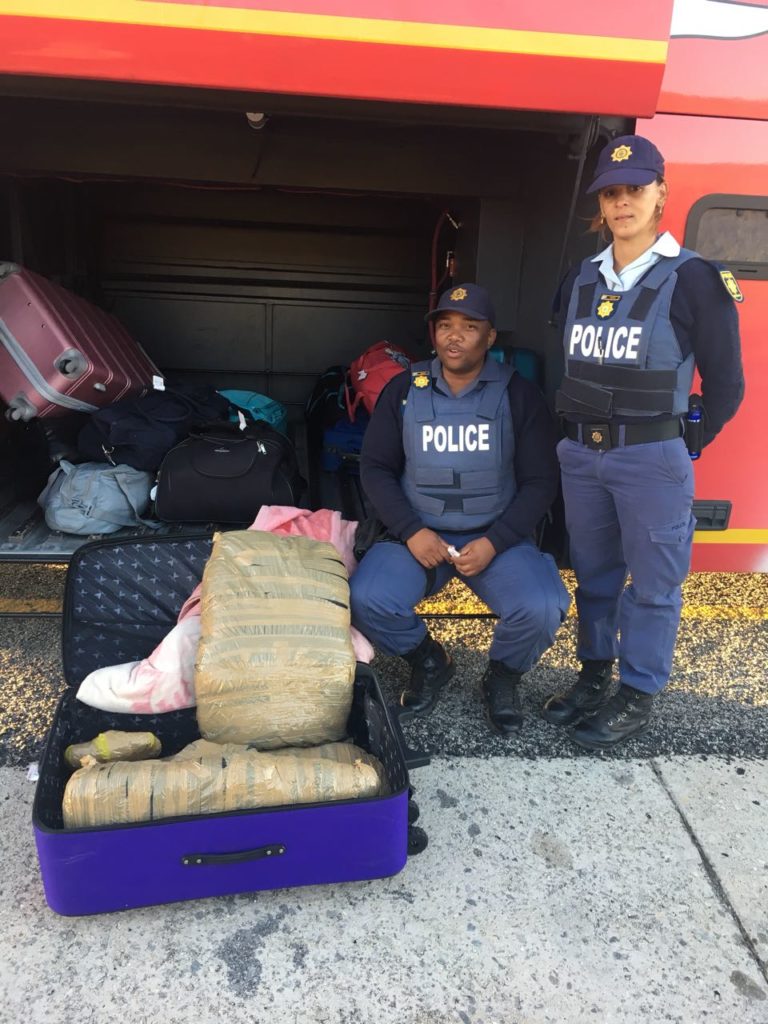 A 27-year-old passenger on a long-distance bus will appear in the Grahamstown Magistrate’s Court this week on a charge of possession of dagga.

“Monday 20 April at 4.50pm, members of the Grahamstown Highway Patrol Unit stopped and searched a long distance bus at the Monument on the N2 and checked a suitcase in the luggage compartment and found that it contained five large parcels of dagga,” said police spokesperson Captain Mali Govender.

The officers linked the suitcase to a 27-year-old female passenger who was travelling from Mthatha. The dagga weighed 14.4kg and has an estimated value of R14 400, Govender said. The bus was en route from Mthatha to Cape Town.

The suspect faces a charge of possession of dagga and will appear in the Grahamstown Magistrates Court this week, Govender said.