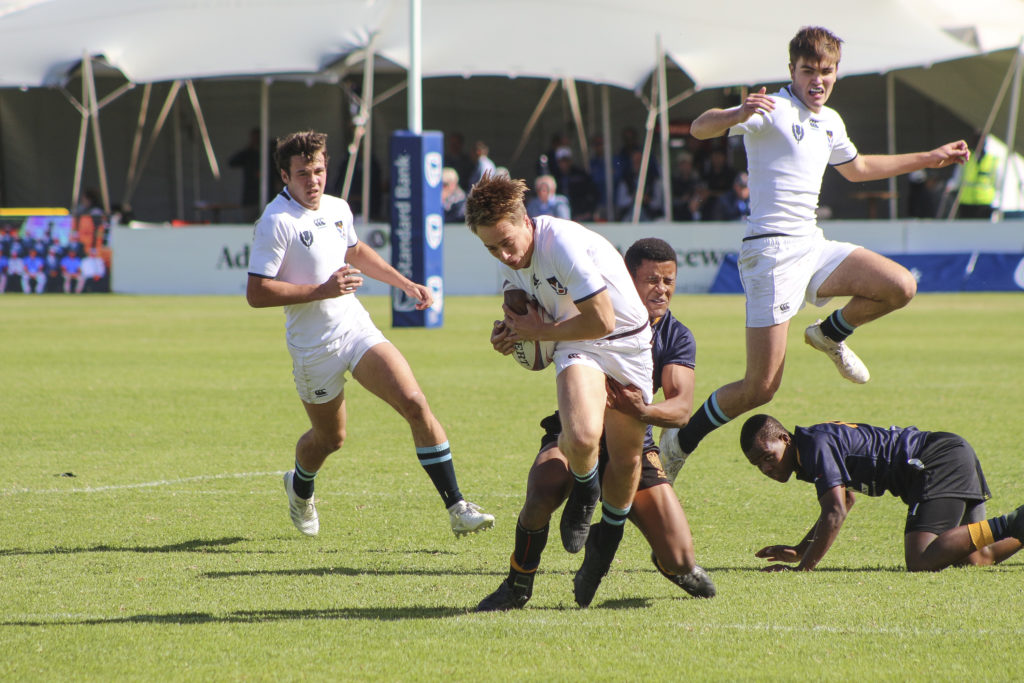 SAC had a strong wind at their backs for the first half in their fixture against DHS. DHS got off to a dream start with their scrumhalf scoring just 50 seconds into the game after a break down the blindside. Despite SAC putting pressure on the DHS line, they were not able to capitalize on their territorial advantage and it was DHS who again broke out from deep in their own half, with the scrumhalf crossing the line again to take DHS into a 10-0 lead.

More sustained pressure from SAC resulted in a midfield scrum, with Charlie Fleming running a great line to score against the post, cutting the lead to 10-7, after the simple conversion by Ryan Thompson. With just seconds left on the clock in the first half, Matthew Hillary scored for St Andrew’s after good work from Andrew Coxwell and Miles Danckwerts. This meant that SAC went into the break 10-12 up.

Playing into the wind in the second half, another crucial score by influential lock, Hillary soon after the restart meant that College went 10-19 up. Despite having one of their front rowers sent off, DHS responded with a try of their own to close the gap to 19-15 with 10 minutes of the game remaining. A superb individual try by Anthony More and another by Ryan Thompson meant that College managed to end the game strongly and run out eventual 15-31 winners in what was an entertaining game of rugby.