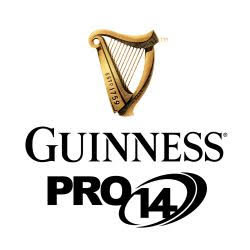 After an intense last round of play the Cheetahs walk away with a 9 point win over a Kings side that played with renewed energy and a hunger to win. Unfortunately things did not pan out that way. The final score sees the kings finishing with 20 points to the Cheetahs 29. Bobby de Wee having a very productive afternoon at Nelson Mandela Bay stadium was names the Man of the Match.

After quick thinking from cheetahs fullback Clayton Blommetjies who took a quick tap and ofloaded to Captain Francois Venter who burst over to score the Cheetahs first points of the second half, with flyhalf Marais adding another two points to extend their lead to 29 points to the kings’ 20.

Coming into the second half the Kings run out with renewed energy from the short break and draw first blood as they score first through left wing Harlon Klaasen with flyhalf Banda converting the conversion. The score now reads the kings 20 and the Cheetahs 22.

Cheetahs extend their lead through their number 8 Uzair Cassiem who was at the back of a Cheetahs scrum that was driving forward towards the try line with real menace. Flyhalf Niel Marais converting the try to take the men in orange to a 13 – 22 lead at half time.

Neil Marais scores the second try for the men from the Free State, missing the conversion but still the Cheetahs mange to take the lead by 15 points to the Kings’ 13 with 9 minutes left to play in the first half, here in Port Elizabeth.

Banda once again converts another penalty to break the deadlock and take the kings to a 3 point lead over the men in orange. The score is now 13-10

The Cheetahs score their first try of the match through their blindside flanker Paul Schoeman, with the conversion converted successfully by Niel Marais. The score is deadlocked at 10 points apiece

Masixole Banda converting a penalty given deep in the Cheetahs half to extend their lead to 10 points to 3, 14 minutes into the first half

Kings respond quicky after Ntabeni Dukisa scored of a loose ball in their own half, with flyhalf Banda taking the Kings to a 7-3 lead.

Cheetahs with a chance to take the lead with an early penalty awarded to them, converted by Niel Marais

We are moments away from kickoff here at Nelson Mandela Bay Stadium.

The visitors on the other hand have opted for a more settled lineup, with only minor changes being made. The most notable of these changes is Johan Goosen, who started at flyhalf in their last match, making way for Neil Marais in the starting jumper. Goosen will look to make an impact off the bench. The Cheetahs run out as follows:

The Kings come into this match after making a number of changes, including Masixole Banda getting his first run on start at no.10 (he was previously only used as fullback), with Yaw Penxe replacing him at no.15. Ruaan Lerm has been dropped from the 23, with Dries van Schalkwyk taking up the no.8 birth. Here is how the Kings will run out today:

Good afternoon and welcome to Grocott’s Mail’s coverage of the final match of the Southern King’s debut Pro14 season against the Cheetahs. The Kings are looking to spoil the visitors’ party, as the Cheetahs need only one log point to qualify for the 2017/2018 Pro14 playoffs.