A win each for 11 schools at SAC festival 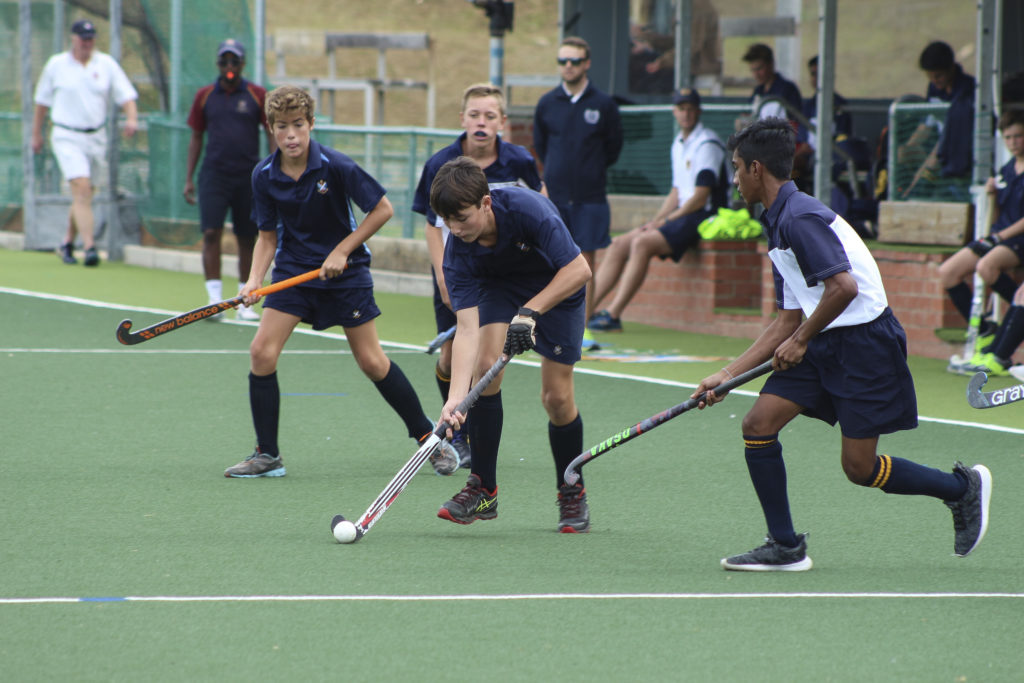 Nicholas Lane of the St Andrew's U14 hockey side. Photo: Supplied

St Andrew’s College played host to the past weekend’s Independent Schools Hockey Festival (ISHF). A festival atmosphere with 11 schools from all major hockey playing centres of the country gave these young players their first taste of an inter school hockey festival as they begin their senior school years. Indeed, for many students, this would have been their first taste of playing any sport against boys from a school outside of their province.

Competition was fierce as each match was contested with passion and determination. Despite this, the behaviour of the players on and off the field was in the true spirit of the game. The festival brought together like-minded coaches and managers. Although all coaches urged their players to give of their best and play to win, the interaction between the various coaches was highly respectful and friendly providing a positive example of ‘once off the field’ hockey is about building and growing relationships.

It is highly likely that many of these players will play against each other at future ISHF, but also at inter provincial level as many of the players on show were highly skilled and clearly have a schoolboy hockey future. The teams which proved the most consistent and remained unbeaten were Clifton College, Bishops and St Andrew’s School, however, no side left without a victory.

St Andrew’s College players gave of their best after a long holiday, and by day two some of the boys struggled with the intensity of playing two matches a day as many of the players suffered from stiff limbs. However, after beating St Charles and Merrifield, and having lost against a very good Clifton College team, the players competed manfully against an ever-improving Michaelhouse, but were beaten by just one goal.

On the final day St Andrew’s played a tightly contested match against St John’s College, in which both teams played good attacking hockey. St Andrew’s they conceded a goal with minutes to play, thereby losing. The last match of the festival saw a classy Bishops side outplay and outscore St Andrew’s.

St Andrew’s looks forward to their next occasion to host these events, and are thankful to all the schools that made the journey to Grahamstown to take part in such a successful festival.