Health: It’s Not that Simple 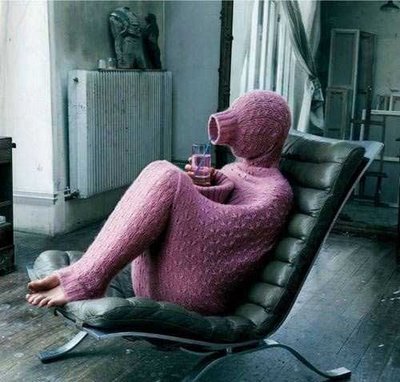 It began with a simple question posed to a group of close friends. Are you an introvert or an extrovert?

I got one answer immediately. He said he was a complete introvert, scoring 99 on the Myers & Briggs test. I had no idea what that meant. I would have to look it up a bit later. He also reminded me of his daily rituals. Get up, go to class, return to his room, emerge when food was announced, and then back to his room for slumber. There was always minimal interaction between his friends every day, and social events were sparsely attended.

This sound somewhat sad, maybe even tragic. Media would agree with that. You see headlines from places like Forbes screaming “Introverts: there’s nothing wrong with you”. As if there were an underlying issue to displaying introvert behavior.

Another person then gave me an answer. She said that she was an extrovert, having also taken a psychology test of some sort. She draws energy from people, enjoying the parties and the rugby games. She can have her alone time, but it cannot be endured for too long. Anxiety and depression are sinister shadows, illuminated by the presence and enjoyment of friends and family. It is then the stresses and concerns that are in shadow, forgotten by the good times to be had.

Now, this sounds a bit more positive and upbeat, especially after my first answer. Again, media would agree. The New York Times, Psychology Today, their articles may speak about how too much social assertion may be at times detrimental to one’s wellbeing. But such preferential behavior never seems to be in need of validation.

I took a moment to find out where these labels originated from. The Myers & Briggs test defines introversion and extroversion as a set of psychological differences, the attitudes that individuals use to direct and utilise their energy. Introverts focus on their inner world, while extroverts focus on external events and activities, as well as the people they surround themselves with.

The classification seems straightforward enough. No cause for alarm if people are able to identify themselves as either.

However, before I could go any further. I got some more answers from the group. And the clear-cut line started to waver.

He said that he liked his video games during the day, and that one evening a week was spent at the pub with friends. She said that she cannot go a lecture without talking to friends, but she never invites any of them over to her place. Then the group discussion descended into a debate over what was better: group class work or solo assignments. In retrospect, those preferences are a great indication of one’s siding on the psychological difference. In the midst of this debate, I heard someone mutter that he did not know whether he was an introvert or extrovert. And, that he did not really care.

Upon quick self-reflection, I found myself agreeing with that sentiment the most.

What many people forget is that introversion or extroversion only form part of a greater psychological determination. The choices are but two of the sixteen psychological traits that comprise the Myers & Briggs test, and even then, that test is but a default approach to understanding how one’s mind works. Doubling down, society has grown a tendency to romanticise the difference. There is something called the extrovert expectation, in which the corporate world regards a more social, outgoing person as the ideal professional, rather than someone more sheltered and self-drawn. On the other end of the scale, introversion is perceived as a quirk. Cats, log fires, weekends spent alone (actually, cats are also a good indicator).

At the end of the day, the answers I received from my friends amounted to a full spectrum of personality. The two terms proved to not be sufficient in drawing assumptions. Take me. I like coffee dates, but I shall spend hours alone watching series. I talk very little in the mornings, but I’m a chatterbox by the time lunch comes around. I draw my energy from both my friends, and the moments when I am staring into space.

It’s never as simple as it is supposedly so black and white. And, it doesn’t come close to fully understanding someone.

Previous ArticleHealth: These Kids and their Video Games!
Next Article Health: The Industry is Built on Lies