Health: Lean-ing – Can Society withstand It? 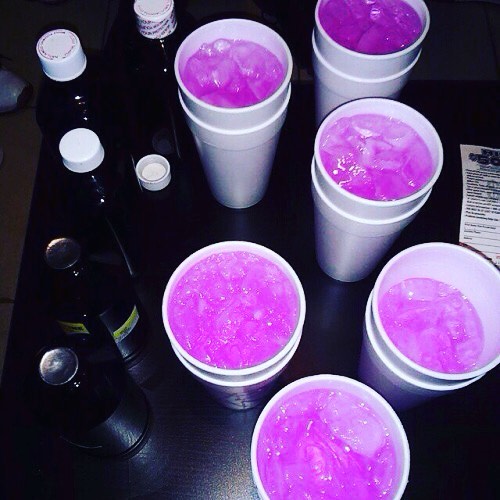 Drugs are easily accessible and readily available but this is not necessarily because more drugs are being produced or that there are more dealers but because people can create their own drugs.

A drug is any substance that, when inhaled, injected, smoked, consumed, absorbed via a patch on the skin, or dissolved under the tongue causes a temporary physiological (and often psychological) change in the body. This is what ‘lean’ does. The other terms for this is ‘sizzurp’, ‘purple drank’, ‘dirty Sprite’, “purple lean” and ‘barre’. Lean consists of a mixture of cough syrup and Sprite but if you want to be classist, the next best drink to mix it with is Schweppes. But the important substance in the cough syrup is Codeine that is an opiate used to treat pain. The other substance that is also important is Promethazine which is neuroleptic medication but is also a sedative. The consumption of lean started in the 1990’s in the hip-hop culture in the United States.

Perhaps it is important to debunk the hip-hop culture and its ability to influence people. One cannot deny that artists have influence on the people that follow their music. But it is also imperative that artists such as Dwayne Carter, more commonly known as Lil Wayne, who is an American rapper, openly raps about his lean consumption in his song, Me and My Drank as well as several of his other songs. In this song he says, “You don’t know that I need her”, personifying lean. He adds, “My homeboys say I should slow down a little. But that shit I’m on make me slow down a lot.” This speaks to the effect lean has on him in that it gives him a certain high.

Lil Wayne continues to rap about Mr M.O.E, Kenneth Moore, that died from a heart attack caused by using Codeine/Promethazine syrup as a recreational drug. Despite being aware of this, Lil Wayne and other people continue using it. Lil Wayne also mentions Pimp C (Chad Butler) in his song as he had a combination of sleep apnea (this is when breathing is interrupted during sleeping) and Promethazine and Codeine in his system that led to his death.

I have chosen to focus on Lil Wayne specifically as he suffered from epilepsy since he was a child yet the increased consumption of lean, was detrimental to his health as an over-usage of it can lead to seizures as it did in his case.

Craig Johaar, Pharmacist at Frere Hospital in East London, states that cough syrup with high Codeine content is most sought after.  The problem is that cough syrup is easy to obtain over the counter without a prescription and of course Sprite can be purchased almost anywhere. I asked Johaar what pharmacists are able to do in order to decrease the abuse of Codeine amongst anyone who has become addicted to it. Johaar listed several things pharmacists are able to do such as being able to refuse such medication to people who request it. Johaar stated that pharmacists are able to see whether or not people are addicted to Codeine and are legally able to refuse giving them medication, even with a prescription, if in their medical opinion, it will harm the person. Johaar added that only a certain amount of codeine is allowed to be distributed to people. He understands and is aware of the Codeine abuse and stated that pharmacists used to record the personal information of the people who requested Codeine as a means to keep track of their usage. Yet they discovered that not all pharmacists were doing it and people merely started using different pharmacies to obtain the cough syrup from. But this is more difficult as the ingredients in lean are legal.

Johaar explained that “The more people consume this mixture, the more they build up their tolerance level to it. This generally leads to them needing to consume more of the mixture to gain the desired effect.”

What the above is indicative of is that there are measures that can be put in place to curb this addiction but that these measures require the cooperation of everyone involved in order for it to be successful.

There seems to be this culture behind the drink that requires one to consume it from a polystyrene cup. In addition to that, there is also the culture of having it ‘double-cupped’, meaning that you double up the polystyrene cups that you drink it from.

An anonymous source who admits to drinking lean states that the reason for this stems from the ‘Trap culture’ that originated in Atlanta. This is largely because of artists like Pimp C and Lil Wayne who ‘double-cup’ but also this is done for what is referred to as the ‘clout’ which relates to how people want to be viewed as and in turn, how they want to influence people.

He states that his preference is mixing either Stilpane cough syrup (because it contains both Codeine and Promethazine) or Benylin cough syrup (as it has the highest percentage of Codeine in it), with Schweppes lemonade. His preference for Schweppes lemonade instead of Sprite is because Sprite is too sweet and has too much sugar in it for him. Other people’s preference for Sprite also stems from the Trap culture and what they are exposed to.  He says, “I like using Benylin and Stilpane, sometimes I mix them, sometimes I have them separately.” He adds that this differs internationally as the most revered brand of lean is known as Actavis, commonly known as ‘Ac’.

He was introduced to lean in 2010 while he was still in hostel with his friends, who had already been drinking lean for a while. The first time he had it, he mixed BronCleer cough syrup with Energade. He adds, “I only started ‘leaning’ avidly in 2013.”

When asked if it affects him in any way he states that, “Yes it does, with regards to my art, it makes me a lot more creative, it makes me want to experiment and enables me to do stuff with my voice I wouldn’t normally be able to do. But those are the positive ones. But in terms of negative effects, it makes me very quiet, very lazy. I’m basically lackadaisical because of it. It is after all a sedative that is derived from an opiate which is the same thing used in heroine and morphine.”

He believes that awareness about lean should be increased and despite drinking it himself, he does not believe in the glorification of it. He adds that he responds positively to people who advocate against it because people do become addicted to it and that is when it becomes even more dangerous.

But who does the onus fall on to deter the usage of lean? It seems innocent enough purchasing cough mixture and that should not be questioned nor should buying Sprite or Schweppes be questioned.

I am left questioning what the average person can do to deter the increasing amount of people who are using lean and if that onus should even rest on the shoulders of the average person. Or should we allow people to sip their lean in peace?