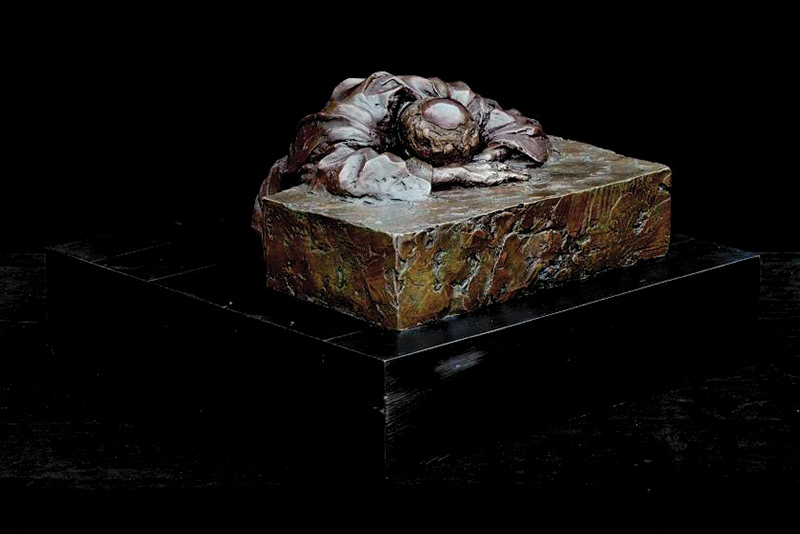 Spiritfest 2018 will present two sculptures by Neil Jonker which will be exhibited in the Cathedral this year. The two bronze sculptures, ‘Weary at the Truth’ and ‘The Reverend’ are moulded after two famous Anglicans, Fr. Trevor Huddleston and Archbishop Emeritus Desmond Tutu. The two men of the cloth are depicted in the realist tradition of bronze sculpture. As an artist, Jonker explores relationships with nature and human nature. Born in 1971, Jonker grew up on a small Karoo farm and now resides in Baardskeerdersbos in the southern Overberg region. As a trained sculptor with a National Diploma in Fine Art (distinctions in painting and sculpture) he is an avid outdoor painter and pioneering artisan baker.

Jonker notes that both Tutu and Huddleston lived remarkable lives, and the sculptures capture their moral standing which they held firmly onto despite the incredibly difficult challenges of their times. Jonker hopes that their moral upstanding will remind those who view the sculptures of their own moral reserves when the going gets tough. Both men have contributed greatly to South African and world history, as well as being significant men of the cloth who were prominent in the anti-apartheid movement. The Tutu sculpture is modelled after one of the iconic photographs of Tutu at the 1995 East London opening hearing of the TRC.

Tutu’s sculpture represents both hope and hopelessness. Its smooth edges remind us that our emotions are in fact real things and not abstract concepts. Huddleston’s statue brings to mind inner balance and strength of conviction.

“Archbishop Tutu’s unwavering work on forgiveness appeals to a sense of individual humanity and how recognising this in the other dissolves conflict,” Jonker notes, “while, Reverend Trevor Huddleston’s unwavering work against racial prejudice at its height served as a moral compass to those too close to conflict to see clearly.”

Visit the ‘Sculpture in the Cathedral’ this festival period, open daily 9am-4pm except during performances at the Cathedral.