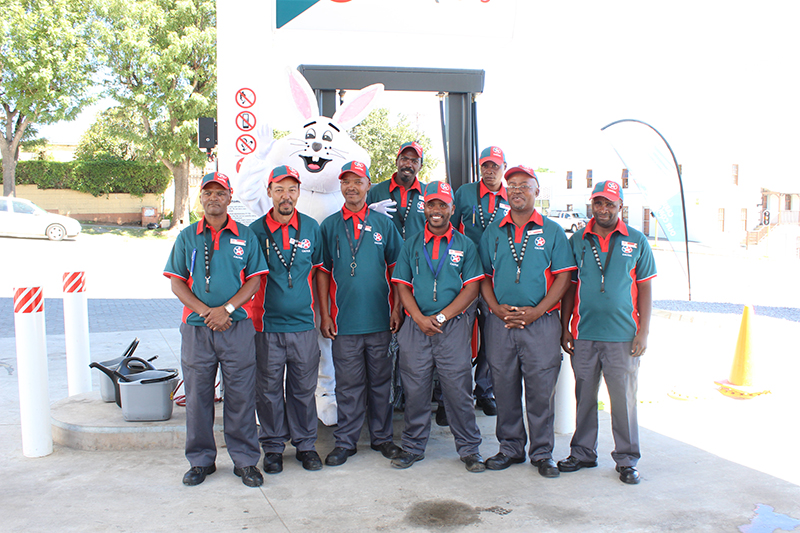 Caltex Eastern Cape Marketer Pat Kelly said when colleagues first discussed the idea of converting a closed-in, crowded petrol garage to a service station of choice, he thought they were crazy.

Kelly was speaking at the relaunch of Makana Service Station on the corner of Beaufort and Bathurst Streets on Friday 23 March.

“There was no way this site was going to get to the volume he was talking about,” Kelly said.

Luckily, he said, they were persuaded.

“I’m the first to admit I was wrong,” Kelly said. “What I see here way exceeds our expectations.”

Kelly said what was likely to set the site apart from other service stations in Grahamstown was excellent service.

Also speaking at the launch, co-owner Jon Campbell said one of the biggest challenges in the development had been dealing with fuel contamination in the soil from the old facility to the required environmental standards.

Campbell made special mention of the advice from town planner Renier van der Merwe, who had told him the municpality would not compromise on regulations about truck access and said the site had been designed accordingly.

The second phase of the development would include a small convenience store, Campbell said.

Previous ArticleGood fences
Next Article Yoga while standing in a queue