Know your rights when a loved one dies 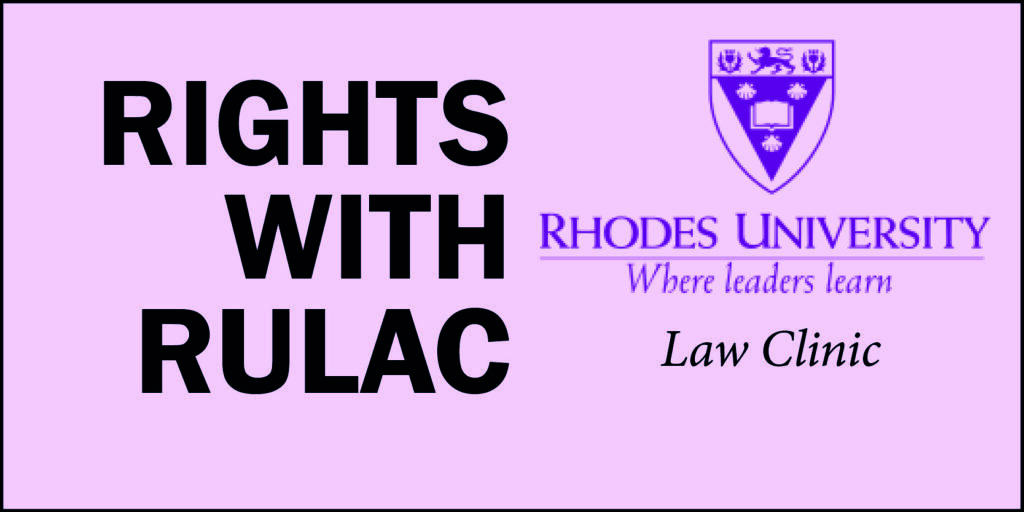 It’s important to know the steps to take when a loved one passes away, to secure your rights, writes attorney at the Rhodes University Law Clinic, Ryan McDonald.

John Matiwana’s mother passed away at the age of 92 without a will. She left behind a house in Joza worth approximately R180 000, together with furniture worth about R40 000. John was an only child and his mother never married. At the time of her death, John was working in Mthatha.

John was deeply saddened by the news. He decided to wait a few months before returning to Grahamstown. When he eventually returned, he discovered that his cousin, Amanda, had moved into the house. Upon visiting the house, he also noticed that most of the movable assets in the house were gone.

When he confronted Amanda as to why she was in the house, she showed him a document titled ‘Letter of Authority’ which appeared to make Amanda the Master’s Representative for the estate of John’s late mother. Amanda told him that this meant that she was now the owner of the property and that John was not welcome. Several months later John had still not been able gain access to the house.

Situations like John’s come about because people don’t know what steps they need to take when a loved one passes away. Additionally, a lack of understanding about the implications of certain formal documents allows people to be taken advantage of.

The Executor or Representative must follow the rules of the Administration of Estates Act, 66 of 1965. S/he must ensure that all the debts of the deceased are paid and that all property that remains after the debts are paid is transferred to the rightful heirs. John’s mother, who died without a will, never married and John was an only child. A law, called the Intestate Succession Act, 81 of 1987, sets out who is entitled to inherit the deceased’s property where there is no will. In our case, this would be John. It would appear that Amanda, in representing herself as the owner and not transferring John’s inheritance, has acted illegally. To emphasise, the holder of Letters of Authority does not automatically acquire ownership rights in relation to the deceased’s estate.

What should John have done?

The estate of a deceased person must be reported to the Master within 14 days from date of death. The estate is reported by lodging a completed Death Notice with the Master. The Death Notice and other reporting documents may be obtained from any Office of the Master of the High Court or Magistrate’s Office. It would appear that Amanda used John’s absence to report the death and get herself appointed as the Master’s Representative. John should have become involved at an earlier point.

What can John do now?

As already mentioned, holding Letters of Authority does not on its own give rise to the right to a deceased’s estate. Only the rightful heir(s) can ever have an entitlement to the deceased’s estate. Amanda is thus not the owner, despite what she says. John, as the rightful heir, will need to approach the Master’s office in order to alert the Master as to Amanda’s conduct and to get her removed as the representative. Should Amanda refuse to move out of the house, John may well have to institute eviction proceedings. John will also have a claim for the movable items that have been removed from his late mother’s house.

John Matiwana’s story shows why it’s a good idea to obtain legal advice and guidance when a loved one passes away. The Rhodes University Law Clinic is available to assist with advice in matters such as these.

SEND US YOUR QUESTIONS!

The Rhodes University Law Clinic strives to improve access to justice through the provision of free legal services to indigent people in most areas of law. In addition to its New Street offices, Law Clinic staff are available to clients at the Assumption Development Centre (Konongendi), Nceme Street, Joza, every Thursday from 9am-12pm.

The Law Clinic also provides monthly workshops on a wide range of topics in order to raise awareness of people’s rights. The workshops are conducted by staff of the Rhodes University Law Clinic at various locations around Grahamstown. For more detail, please contact the Assumption Development Centre (Konongendi) or the Rhodes Law Clinic: