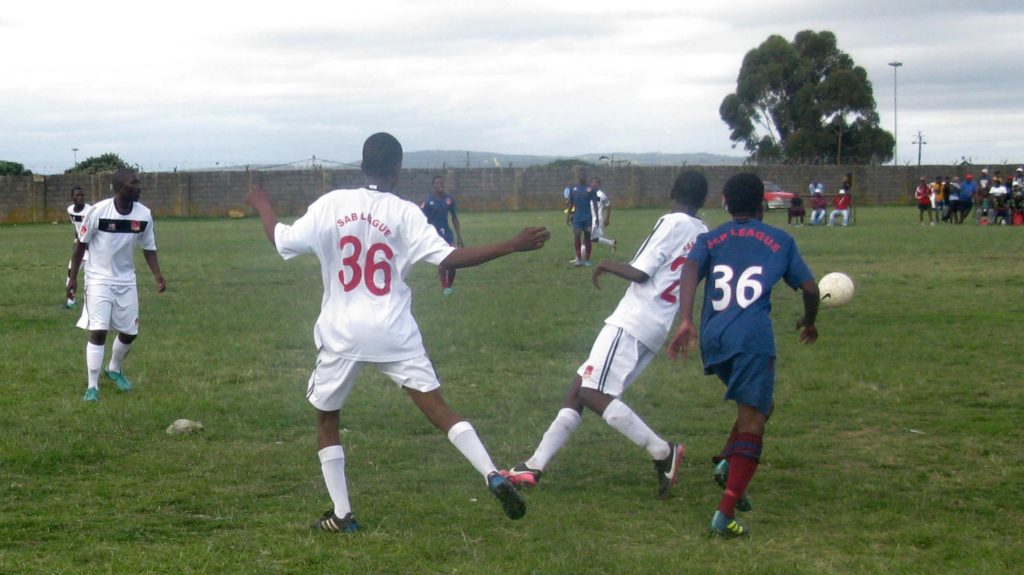 Local football fans were were treated to a feast of football with all regional league teams in action on a great Saturday. In the first game Maru eased past Young Pirates 3-1.

The game started with the visitors taking the game to their opponents and creating chance after chance the home side sat back and absorbed the pressure hoping to catch them on the break. Attackers roughed up their opponents with hard tackles conceding, free kicks in the process. In the 33rd minute of the game, one of the Attackers defenders committed a foul in a dangerous position. A perfect ball was played to the far post which caught Attackers defenders ball watching and they were punished with a good header that flew into the corner by United’s captain. The home side put together some decent combinations and were unlucky not to score from the few chances they created, going into the break trailing by one goal.

The second half started with both teams going at each other, dishing out good football to the delight of the fans. The home side brought in substitutes that helped turn the game in their favour. Attackers efforts were finally rewarded when a move that started in the midfield resulted in a goal after a perfect grass cutting cross confused United’s defence and was tapped in by Siyabonga Mnyakama to level matters with only ten minutes to go. The last ten minutes saw both teams throwing everything at each other with the aim of grabbing maximum points but unfortunately it was not to be as the game ended with both teams locked at 1-1.

In the third game, Sakhulutsha faced Golden chiefs. The start of the game had to be delayed for about twenty five minutes when there was a problem between the home side and match officials. The game finally got under way after sometime, with the home side losing by 2-4.