PJ trounces Ntsika in U13 tourney 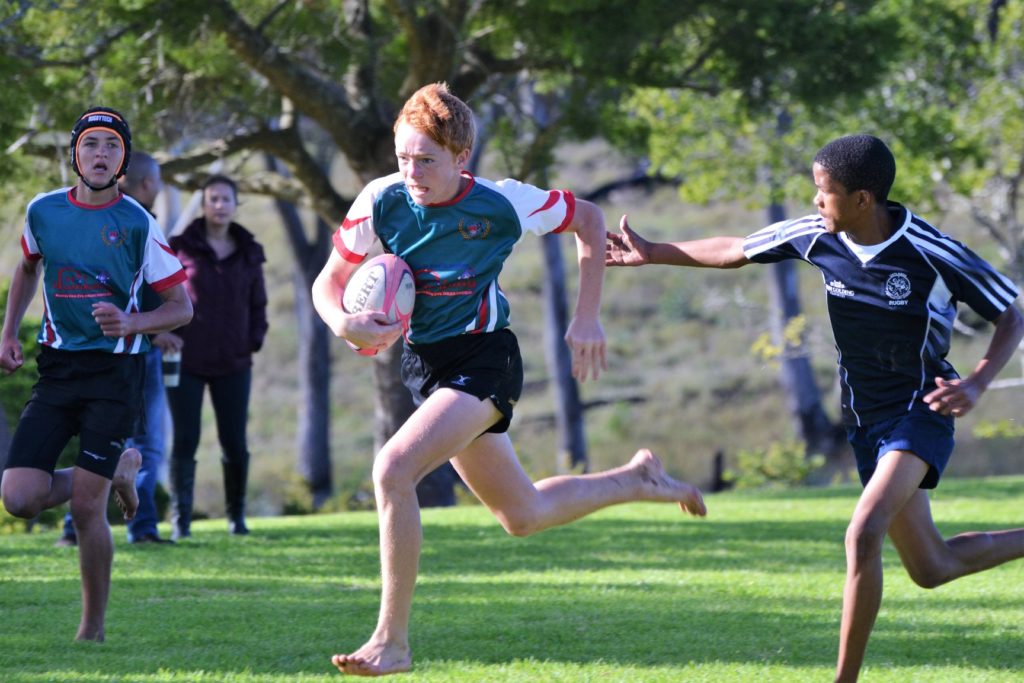 Arrie Nel, from Cradock, on his way to the tryline in his side's match against Oatlands during the Frans Erasmus U13 tournament at PJ Olivier. Photo: Supplied

Eighteen schools descended on PJ Olivier’s A and B rugby fields  on 16-17 March to take compete in the Frans Erasmus U/13 Rugby tournament. A total of 42 matches were played between the various primary schools.

Local sides Graeme College and PJ Olivier competed against schools from as far away as Port Alfred and Cradock. PJ primary played seven matches and won three of them, with two draws and a two loses. The tournament had no outright winner, as it was played more as a festival, but the experience these young athletes obtained is sure to benefit them in the long run.

The final game of the weekend saw two first teams going head to head. PJ Olivier’s High School first team played Ntsika’s first team. There was not really much at stake other than a good start to the season for both teams. PJ Olivier got off to a great start, scoring two converted tries in the opening minutes. The conversions were made by fullback Waldo Marcus. PJ Olivier continued to pile on the pressure and moments after a Ntsika player went down they added more points to the scoreboard. This is when the floodgates opened; increased pressure and great play from the home side resulted in them heading into halftime with a resounding 40 point lead.

The second half saw the home side come out to continue where they left off, scoring minutes after kick-off through their scrumhalf Keano Felix, after showing the Ntsika defenders a clean pair of heels. Ntsika’s ill-discipline resulted in their fly half receiving a red card and the game being soon cut short by the referee due to Ntsika players letting their emotions get the better of them. PJ Olivier walked away with a 50-0 win.

“I was nervous seeing as that this is our opening match of the season, so I didn’t know what to expect,” said the  home side’s coach, Manie Cronjé. He, however, was pleased with the team’s performance despite the match being called to a halt. The season is yet to busier, but so far both the team and coach are content.