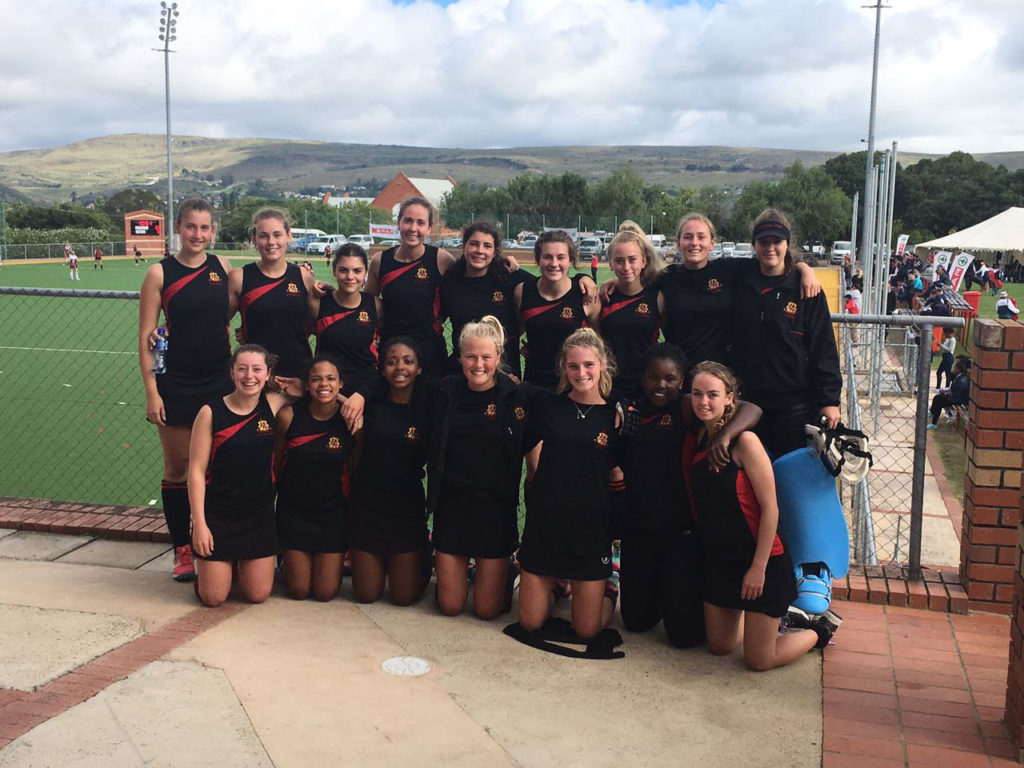 Kingswood started the tournament in the opening game against Cradock a little tentatively, struggling to find rhythm for five minutes but once they started working as a group, they scored two great goals. Kingswood then moved on to play Gill and played a good passing and defensive pressure game. They scored three goals to give the group confidence.

Their next match was against Brandwag, who were the second strongest side in the tournament. Kingswood moved on from the momentum of the previous game and again scored twice without conceding. Kingswood’s peak of the tournament was when we played DSG 2nds and Volkskool as they pressured their opposition into making mistakes with the ball.  They ended up scoring 11 goals in the two games.

After a long break, Kingswood girls physicality declined, when they played a spirited Victoria Girls side. VG pressured Kingswood initially, however Kingswood stuck to their processes and scored two goals toward the end of the game, to win by 2-0. Kingswood then played in the final against Brandwag who pressured them with their direct and physical play. The hosts were made to work hard for the result and had to earn their victory. We now look forward to continued growth into the week ahead and season coming up.

Kingswood finished off the tournament without conceding a goal, scoring a total of 21 of their own, and were  pleased to win their home tournament in such emphatic fashion. They now look forward to the week break ahead of a challenging season.