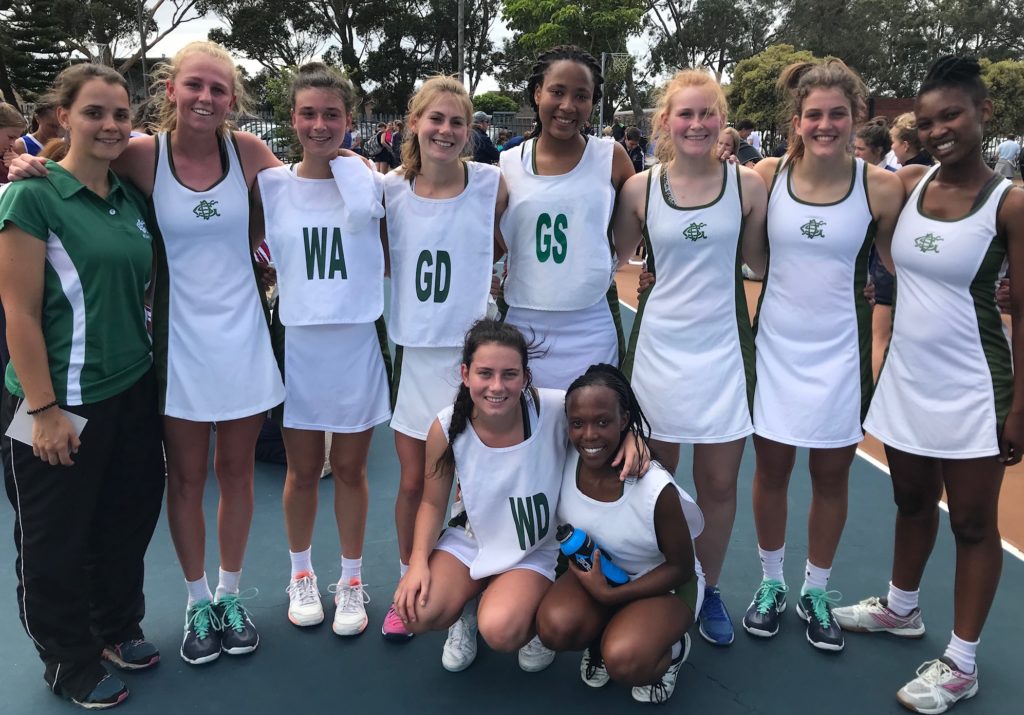 The DSG first team netball girls that took on Framesby over the weekend of 18 March. Photo: Supplied

The Diocesan School for Girls in Grahamstown got their 2018 winter sports programme underway this past weekend when their hockey club travelled to Graaff-Reinet for matches against both Union High and Volkskool, while the netball club was in Port Elizabeth at Framesby. The DSG 2nd hockey team remained in Grahamstown and played in the SPAR Hockey Festival which was hosted by Kingswood College.

DSG won all the three matches played against Volkskool on Friday afternoon, with notable results achieved by the 1st team which secured a 6-0 victory over their Volkskool rivals. On Saturday, DSG played Union High in eight matches across the age groups from Opens down to U13. DSG won five of these with two losses and one draw. The highlights were the DSG U14A team with a 6-0 win over the Union U16B team, with Josie Apps scoring four goals in the match.

The 1st team match was a closely contested affair. In 2017, the Union team had won against DSG, so went into the match as favourites. This year, however, it was the girls from Grahamstown who secured the win on Saturday. Torva Sharwood scored the all-important goal midway through the first half to make it 1-0 to DSG, with the score remaining unchanged through to the end of the game. Union pushed for an equaliser right up until the final whistle but could find no way through the resolute DSG defence.

In the SPAR Hockey Festival hosted by Kingswood College, the DSG 2nd team – the only 2nd team represented – acquitted themselves very well as they took on 1st teams from around the Eastern Province. The team’s two wins, two draws and two losses was a great return from the day, and the DSG team narrowly missed out on playing in the final, despite losing 5-0 to the host team.

Nine DSG netball teams travelled to Port Elizabeth on Saturday morning to take on the powerhouse that is Framesby High School. DSG battled gainfully in all its matches but Framesby again showed why the school is rated as one of the top netball schools in the Eastern Cape, winning all nine of the matches played.